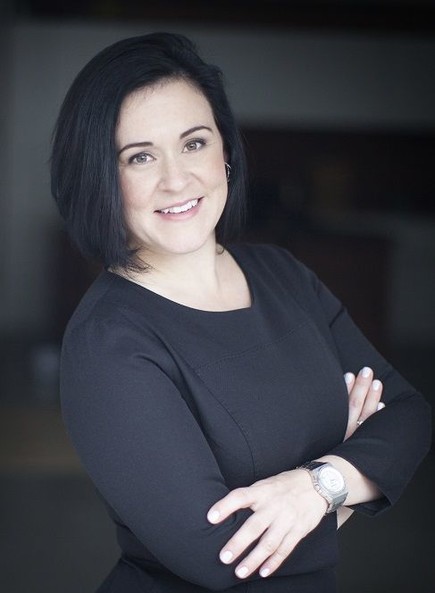 Genesa has been named a Women’s Executive Network (WXN) 2018 Canada’s Most Powerful Women: Top 100 Award Winner presented by KMPG. The award pays tribute to the outstanding women across Canada who have advocated for diversity in the workforce, and who serve as an inspiration for the next generation of leaders.

As President + CEO of BC Women’s Hospital Foundation, Genesa collaborates with those who share her commitment to gender equity in healthcare.

In only two years in the role, Genesa has blazed a new path that transcends the stereotypical hospital Foundation approach of purely funding capital and equipment. Instead, she fully lives out BCWHF’s provincial mandate by also investing in advocacy, awareness and education.

From day one, she has impacted the provincial women’s health agenda through her immediate and direct engagement of women’s health leaders, partners and supporters towards a shared vision. These connections span across all sectors, recognizing the true intersectionality of women’s health.

Genesa leads a unified a team of 28 staff who work tirelessly to ensure women have access to the highest quality healthcare, when, where and how they need it. “I’m not afraid to hire gifted women who are brave, smarter and more capable than me, because then the organization can truly thrive.” – Genesa M. Greening.

Genesa is an advisory board member of three organizations in Canada and the US. Zili Health supports preventative health initiatives in Canada and across the globe; Qeyno liftsbarriers of access for underrepresented communities in tech; and Resilience iAm helps women and children in immediate circumstances of violence and abuse.

She also holds the role of co-chair of the Women Deliver Mobilization Consortium, the world’s largest conference on gender equality and the health, rights, and wellbeing of girls and women – happening in Vancouver in June 2019.

“We are celebrating 100 of Canada’s highest achieving women in diverse fields,” said Sherri Stevens, CEO of WXN. “All 100 are role models for the generations who will follow – which is why it’s very important to recognize and celebrate their great achievements.”

Genesa will join the other WXN winners that span the private, public and not-for-profit sectors at their Awards Gala on November 22nd at the Metro Toronto Convention Centre.