Abbotsford – In front of an electric crowd at the Abbotsford Centre, Jared Parsonage (Maple Creek, Saskatchewan) went a perfect 2-for-2 to capture his first ever victory on the PBR (Professional Bull Riders) Canada Monster Energy Tour, presented locally by Mac’s/Circle K.

The 25-year-old surged to the event lead after earning the top marks in Round 1, making the 8 aboard Muddy Water (X6 Ranch Bucking Cattle) for 85.5 points. A re-ride draw, the match-up was one that was familiar for Parsonage, helping him to the event win at his most recent PBR event on the Canadian Touring Pro Division in Magrath, Alberta.

As the final man to explode from the chutes, he recorded the high marked ride of the event in the championship round, bringing the crowd to its feet with an 87.5-point ride on Ripped at the Seams (Vold Rodeo).

For the victory, Parsonage earned a check for $5,533.50, in addition to 550 Canadian and 120 world points. While the win is his first on the elite Monster Energy Tour, the victory is his fifth of the season across all levels of PBR Canada competition.

In the national standings, with just two events remaining prior to the 2018 PBR Canada Finals, Parsonage rose from No. 6 to No. 4 and now trails No. 1 Lachlan Richardson (Gresford, New South Wales, Australia) by 578.33 points.

After covering Headstruck (Eno Bucking Bulls) for 82.5 points in Round 1, Hansen capped his first event back since the Calgary Stampede with an 87-point trip aboard Darkness (Vold Rodeo/Dynamite Buckers) in the final round.

His third Top-5 finish across all levels of PBR competition was backed by and 84-point trip on Hillbilly Heaven (Wilson Rodeo) in Round 1.

Recording both of his qualified rides in Round 1, he was marked 82.5 points on Yellow Dog (S&E Bucking Bulls) and 82 points on Friday Night Blues (X6 Ranch Bucking Cattle).

For the first time this season Hookasaurus (Wild Hoggs Bucking Bulls) was named the high-marked bull of the event. The bovine athlete earned a 43-point bull score for his 2.66-second buckoff of Braithwaite in the championship round. 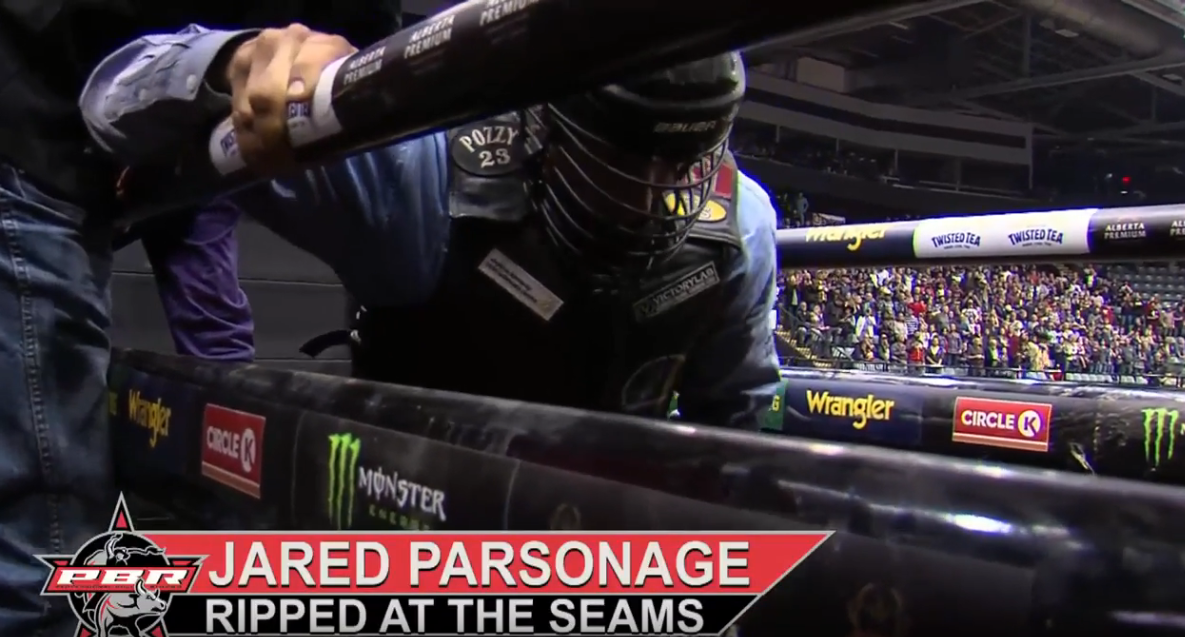