Abbotsford – Coming off the most successful season in program history, the University of the Fraser Valley wrestling teams have reloaded for the 2018-19 campaign.

Cascades head coach Raj Virdi has signed 10 athletes – eight male, two female – to bolster a program which claimed four individual medals at the U SPORTS national championships and collected a number of major awards at the Canada West conference and U SPORTS levels in 2017-18.

Virdi’s recruiting class is highlighted by four wrestlers who have represented Canada in international competition. On the women’s side, Calista Espinosa (Richmond, B.C.) and Hannah Tuplin (Crofton, B.C.) join a Cascades squad which stars the U SPORTS silver medal-winning Godinez Gonzalez sisters, Karla and Ana.

“We wanted to bring more numbers onto campus, and this is one of the best recruiting classes we’ve had so far,” Virdi said. “This young group will do well next year. It’s a good, tough group coming in, and several of them have been on national teams, which is great experience.” 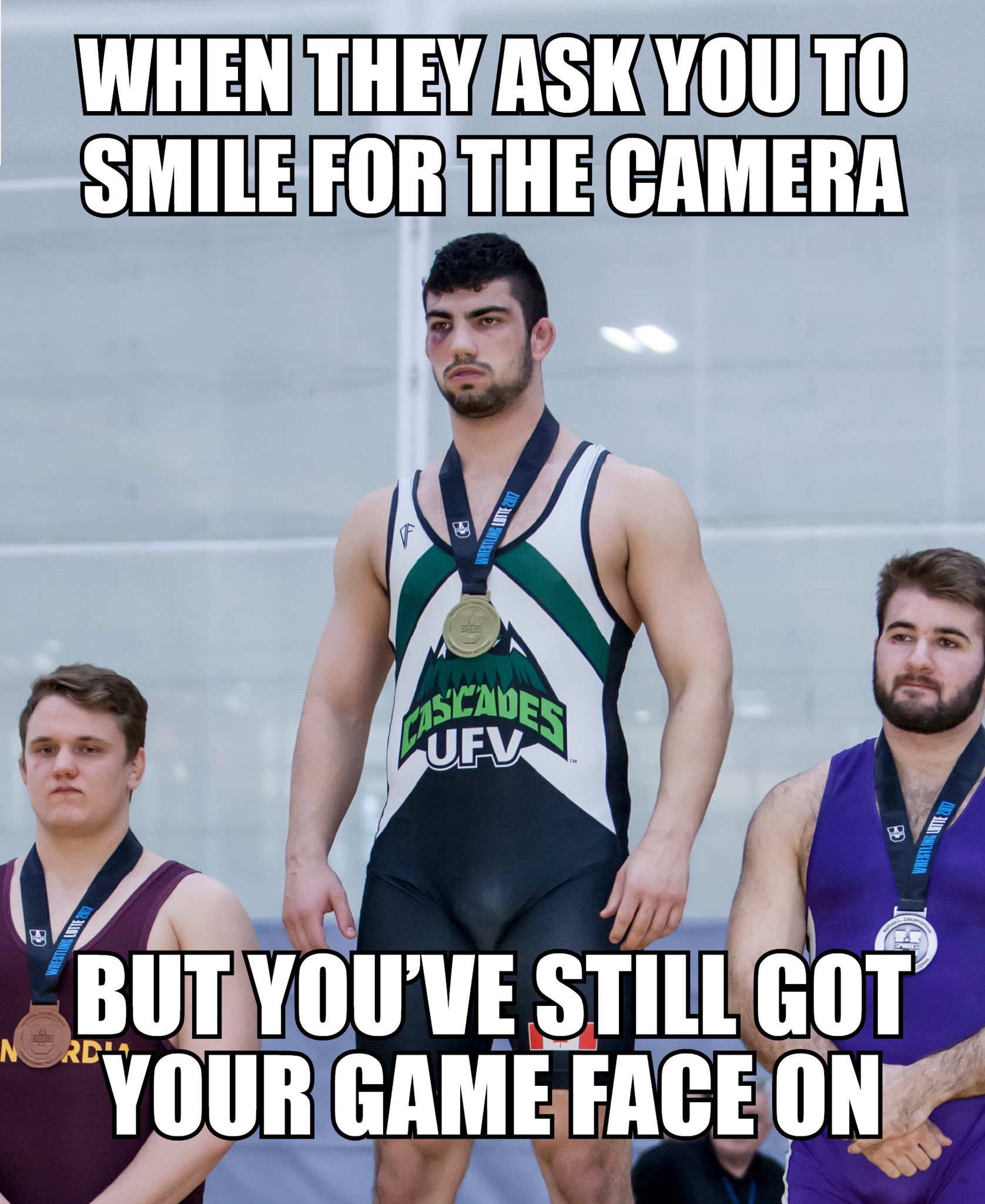 “Cali is one of the top female wrestling recruits in the country, and we’re lucky to have her,” Virdi said, noting that Espinosa came up through former Cascades coach Arjan Bhullar’s wrestling club in Richmond. “We have a good relationship with her, and we think she’s going to be a huge asset for our team next year.”

Espinosa, who will begin her academic career at UFV in General Studies, said that familiarity with the coaching staff was a big component in her decision to sign with the Cascades.

“One thing I really wanted to focus on was the coaches and my relationship with them, and the training environment,” she said. “I’ve trained with Karla and Ana (Godinez Gonzalez) before, and it’s been good for me.”

Tuplin earned the right to represent Canada after winning gold at cadet nationals in 2016, traveling to Peru for the Pan American Championships where she earned a bronze medal. Overall, she’s racked up four podium finishes at the national age-class championships (including gold in 2015 and 2016), and a trio of medals at the B.C. high school championships highlighted by gold in 2018. She plans to pursue a General Studies degree at UFV.

“I’ve been scouting Hannah for the past couple years, and I’ve seen her development really take off,” Virdi said. “She’s good at transitioning between offence and defence. We knew she liked the outdoors, so we wanted to get her onto campus and see that this would be a good option for her. She’ll have a big impact for us right away.”

“I grew up in a small community, so I don’t think I would do as well at a university with 30,000 people,” said Tuplin, breaking down her decision to sign with the Cascades. “With the small class sizes, you can still make connections with the professors. It seems like a tight community.

“I think it’s a really good wrestling program here, because it’s a young program but it’s already doing so well.”

Bains has had a highly decorated youth wrestling career at the national level, winning three Canadian titles (2013, 2014 and 2015), along with a trio of national silver medals. He’s a three-time Team Canada competitor, highlighted by a silver medal at the Pan Am Championships in 2015 in Mexico.

“We’re really excited to have Jason as part of our program,” Virdi said. “We’ve been recruiting him the last couple years, and we were able to convince him UFV would be the best option for his development. He’ll have a huge impact for us in the 100 kg division.”

“I know the coaches, and they’re really good coaches,” said Bains, who will study business at UFV. “They’ll help me develop my game further, and that’s what I need at this point.”

Benning represented Canada at the 2017 Pan Am Championships in Argentina, finishing fourth in the cadet 85 kg class. His 2018 campaign featured a provincial high school title on behalf of the Mouat Hawks, and a silver medal at juvenile nationals. Sunny is the second member of the Benning family to suit up for the Cascades – his older brother Amrit was part of the men’s team during the 2014-15 season.

“He’s been around our team for a while now,” Virdi noted. “I’ve been watching him wrestle since he was in Grade 6, and we’ve built a good relationship. He’s going to be tough to beat next year.”

Benning, who will pursue a criminology degree at UFV, said his older brother gave a strong endorsement to the Cascades wrestling program, making his decision to sign fairly straightforward.

“I know most of the other guys who have signed this year, and I’ve known Virdi from previous wrestling tournaments,” he explained. “It seemed like a nice environment.”

Gill’s outstanding 2017 season saw him earn a silver medal at the B.C. high school championships, and a bronze at the cadet national championships. He’ll enrol in General Studies at UFV.

“We were able to convince him that being a part of a team and getting that competition would be the best thing for his development,” Virdi said of Gill, who graduated from high school in 2017 and spent last year at Kwantlen Polytechnic University. “He’s tough, and he’s strong. I think the biggest thing he needs to work on is the technical side, and I’m looking forward to working on that together.”

“Mostly, it was because of the coaches,” Gill said, breaking down his decision to join the Cascades. “I felt like they could work with me and how I wrestle. I’m more of an explosive wrestler, always attacking.”

Atwal’s crowning achievement to date is winning a gold medal at the 2016 cadet national championships. He’s also a five-time Surrey city champ, and a four-time B.C. high school medalist. He won silver at the B.C.’s in 2015, bronze in both 2016 and 2017, and upgraded to gold in 2018.

“I started coaching Amarvir when he was in Grade 4, so I’ve had a good relationship with him and watched him develop,” Virdi noted. “At provincials this year, I watched him compete and knew he’d be a good fit for us in that weight class. He’s got great technique – the biggest thing for him is just getting a little stronger.”

“I’m close with the coach, and that was a big factor for me,” noted Atwal, who will study business at UFV.

Manhas climbed the podium each of the past four years at the B.C. high school provincials, winning silver in 2017 and 2018, and bronze in 2015 and 2016. Additionally, his Alberni District Secondary squad won the boys and overall team titles at provincials this year. Manhas was a silver medalist at the Canada Summer Games in 2017, and won silver (2017) and bronze (2018) at the juvenile national championships. He also had strong showings at USA Wrestling’s Northwest Regionals, winning gold in 2018 and bronze in 2017.

“He kind of reminds me of myself when I was that age – he’s really small, so he’ll spend most of next year bulking up to 54 kg,” Virdi said. “But he’s one of those kids who really wants to get better and is really determined. He’s a tough kid, and he’s going to be in the sport a long time.”

“UFV has good academic programs for what I want to do, and the wrestling is at a level where I can keep pushing my love for the sport,” said Manhas, who will pursue a degree in computer science at UFV.

Like Benning, Rahguzar is the second member of his family to wrestle for the Cascades – his older brother Omar was a rookie at UFV last season. The younger Rahguzar is a four-time national medalist (two silver, two bronze), and he owns two medals from the provincial high school championships – silver in 2016, and gold in 2017.

“Ali is going to be a huge asset to our team,” Virdi said. “He’ll be a good training partner for Jacob (Torres, UFV rising sophomore), and watching him the last few years, he’s got amazing technique. His coach is Nasir Lal, a two-time Olympian, and he’s had a huge impact on Ali. He’s a kid who’s going to be in the sport a long time, and as he gets stronger and cleans up his positioning, he will be a hard wrestler to beat.”

Rahguzar said that his brother’s presence was a big factor in his decision to sign with the Cascades.

“I wanted to go where my brother was, but even before he came here, I was interested in the school,” said Rahguzar, who will study business at UFV. “It’s the perfect fit for me right now. I’m looking to accomplish big things in university.”

Herzig has authored three top-five finishes at the national championships, highlighted by a silver medal at 51 kg in the juvenile age class this year. He also posted a sixth-place finish at high school provincials in 2017.

Herzig will pursue a criminal justice degree at UFV, with an eye on heading to law school eventually. He’s a relative newcomer to wrestling – his athletic background is in football, and he’s been wrestling for three years now.

“UFV is close enough to home that I can still see my family, and it’s a beautiful campus,” he said. “I came to this area a lot playing football, and I always loved being down here.

“I want to get an education first, obviously, but I also want to perform well at wrestling and show people that Northern guys don’t just get pushed around. People tend to put us to the side, no matter what sport, so I definitely want to make a name for athletes from up north.”

Mand was a bronze medalist at the B.C. high school wrestling championships this year, and he’s finished in the top seven at the national championships on two occasions.

“Harvin is a great athlete,” Virdi said. “I coached him in grades 8-9 and have seen his progression over the years. He’s very talented and explosive with his double-legs. While at UFV, he’s going to work on his positioning and technique, and once that is cleaned up, he’ll be even more successful than he already is.”

Mand hopes his time the Cascades helps him eventually qualify for the national team.

“I realized their wrestling program is great with many training partners, a lot of trips, and countless opportunities,” he said. “Also I felt comfortable and welcomed joining them. Also the academics are also good.” 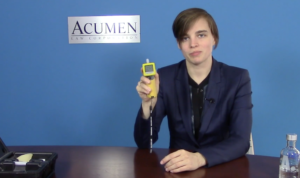