Artist Behind Chilliwack Five Corners Mural – Back At Watson Elementary

Chilliwack -April 20, 2018 UPDATE – Remember all the fuss and praise after the artist named Pencil Fingerz produced the mural to brighten up Five Corners in Chilliwack’s Downtown?

The exposure for his talents has led to a few contracts including a mural at Watson Elementary.

Pencil Fingerz, also known as Davis Graham told FVN last November, after the completion of the downtown mural, that a number of potential clients (that he didn’t want to name at the time) were commissioning his art work.

Here is what his latest masterpiece looks like, and expect more of his art to be popping up throughout the Fraser Valley: 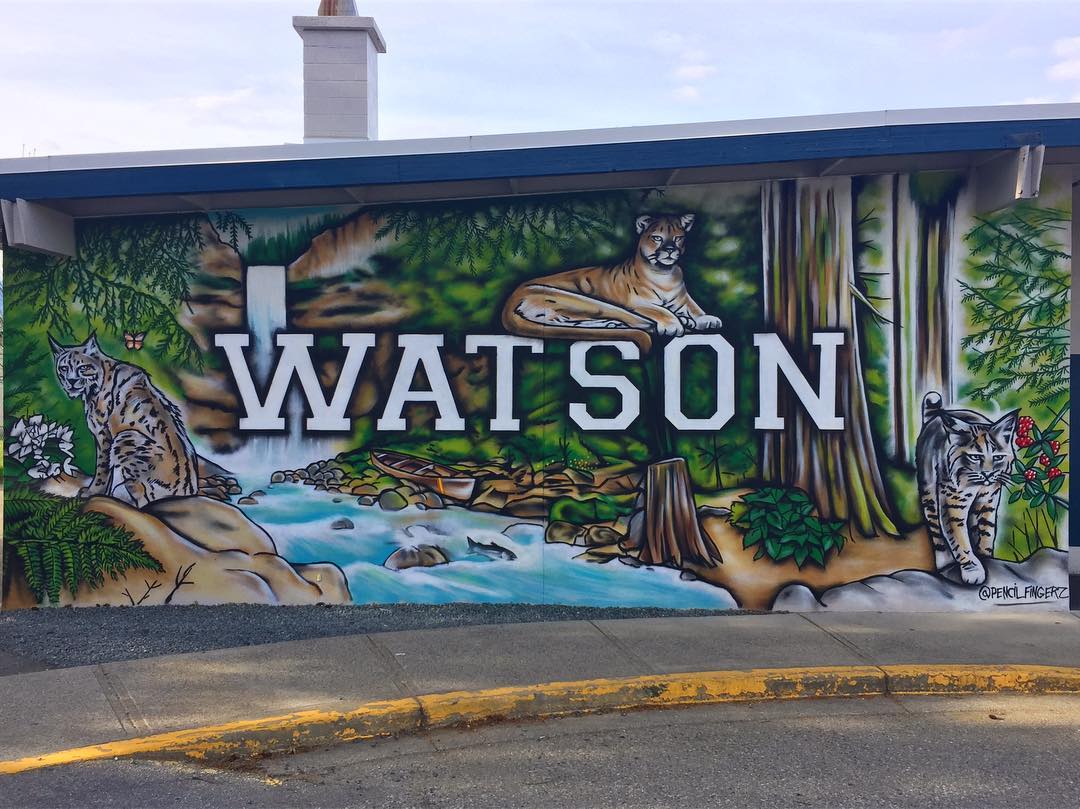 NOVEMBER 10 2017 UPDATE – Two weeks and $5000 of the taxpayers dollars later, Davis Graham and company have finished their downtown beautification project.

And jaws are dropping. People are impressed!

From Davis via his artist name Pencil Fingerz:

2 weeks. 46 x 16 ft of canvas. An unknown amount of spray paint. Lots of @wikset and @edgar_the_breathtaker in the headphones. A beautiful girlfriend who drove me there and back every day, not to mention driving to get me paint when in need. A mother with undying support. A kind stranger who supplied the genie lift (no longer a stranger), and 23 years of upbringing in this beautiful town of mine. My first of many murals. Thank Chilliwack 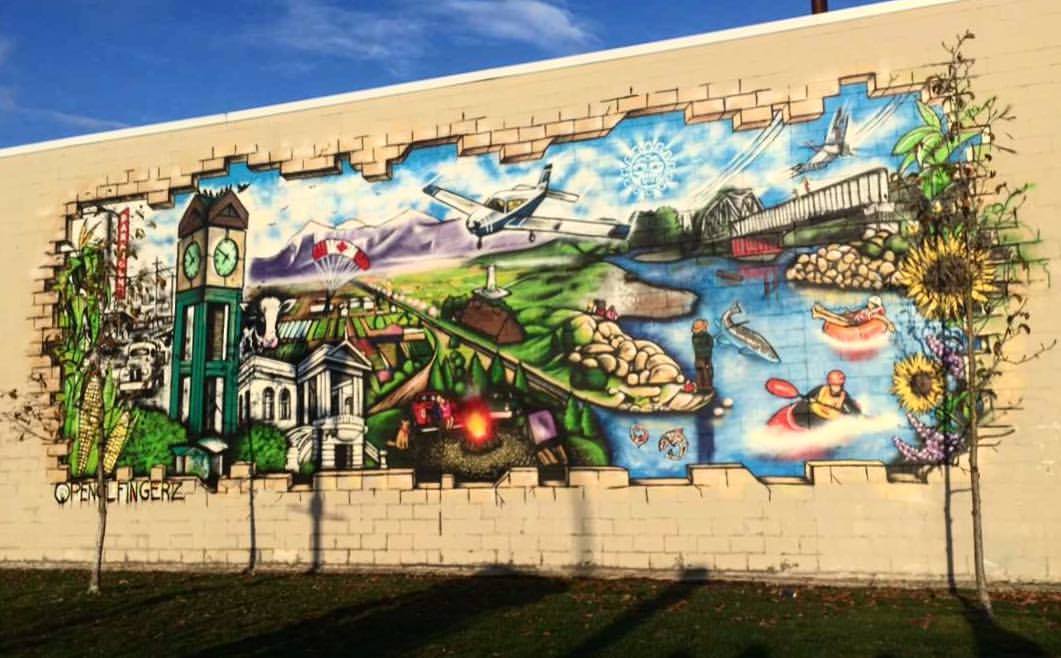 NOVEMBER 8 UPDATE – Artist Davis Graham told FVN that he is one or two days away from completion of the street mural at Five Corners. Since the project started, Davis says he has received a handful of offers to create murals at other Chilliwack locations as well as continued art work for a band.

Davis is also known as Pencil Fingerz. His Facebook page is here. 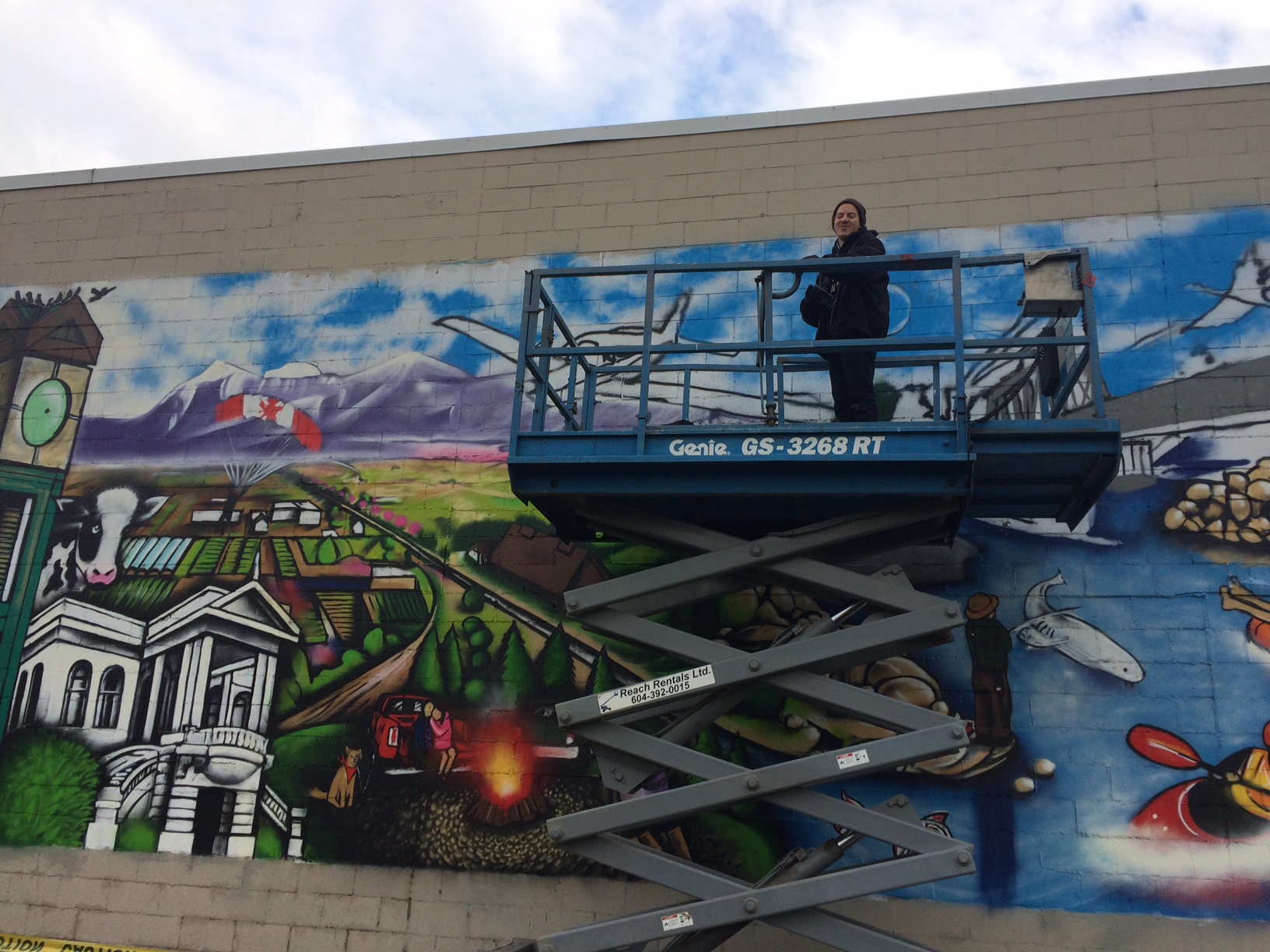 The mural is at Five Corners (Yale and Young). 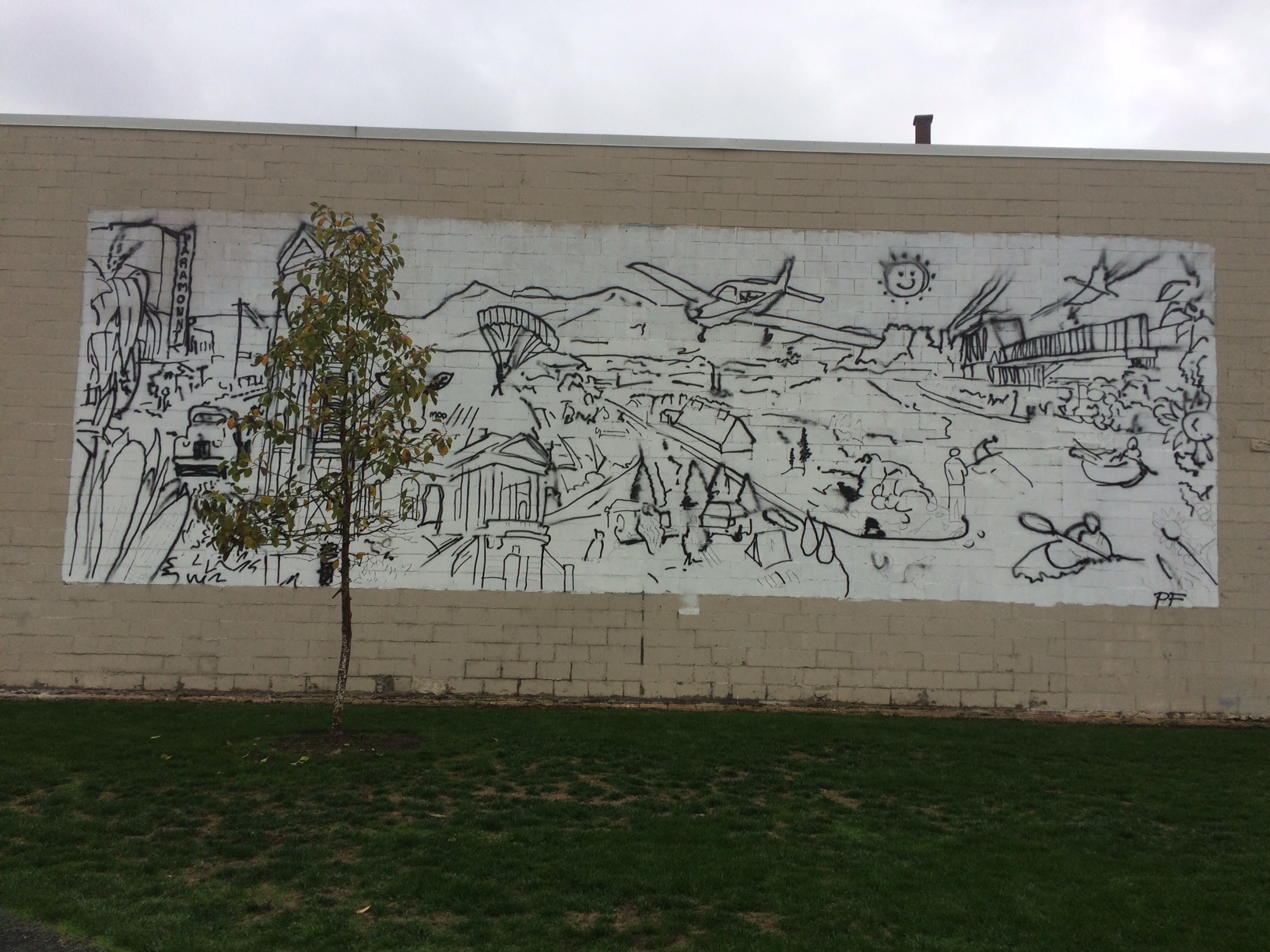 When the day comes that the area is demolished for redevelopment, the structural integrity is such at Five Corners that the art work will not be saved.

The priming of the wall started Monday morning and Davis along with another artist, will put together the mural which in the end, should look like this:

Davis and his assistant started the priming on Monday. 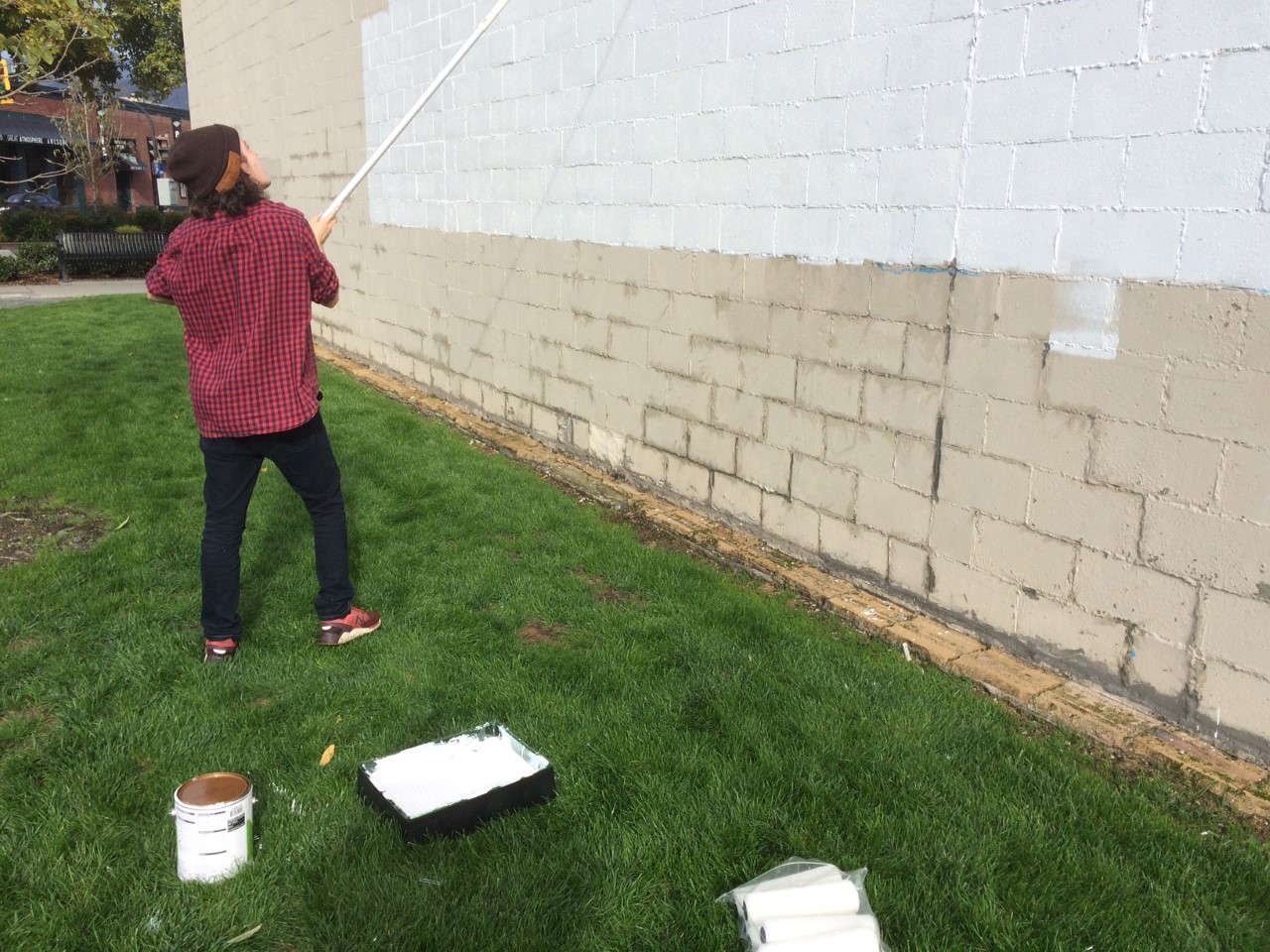 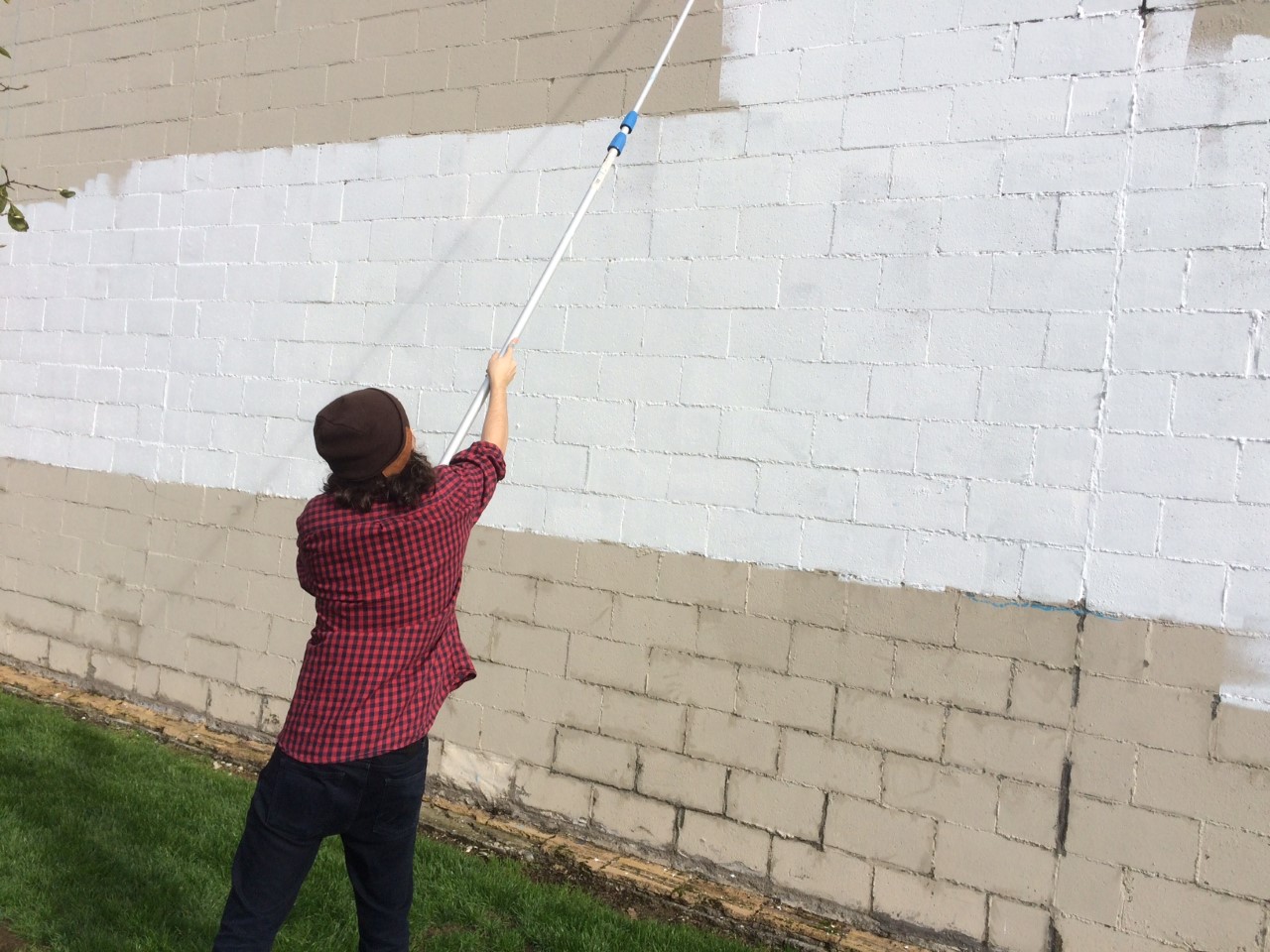