Vancouver/Kelowna/Fraser Valley – Whether you were a fan or critic, former BC Premier Christy Clark was a trailblazer is certain areas of politics in BC, let alone Canada.

Clark was a female Premier, appointed BC’s first female Attorney General and Solicitor General, had a female Lieutenant Governor, speaker and caucus chair, and championed to have women on civil service and government boards.

Clark is not anti-men. But she knew that the old boys network which had developed over decades, had to be tempered. She witnessed that over the 25+ years in her political career.

With the current #MeToo movement, Clark felt it was no longer time to remain silent and took to her Facebook page to share her thoughts: 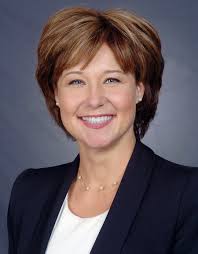 First, to women who have come forward to report: thank you. All of us who have experienced a sexual assault, harassment, or aggressive and unwelcome advances know it’s a damn hard thing to talk about. Every one of you has set a powerful example and every day more women are finding their voices as a result.

l was involved in politics for 25 years and saw plenty of frat boy behaviour. It made me promise myself that I would do things differently, should I ever get the chance to lead.

My first Cabinet had a greater percentage of women in it than any in the previous decade. I appointed BC’s first female Attorney General, first female Solicitor General, and the first woman to lead BC Hydro – one of BC’s biggest companies. Our 125,000+ civil service was run by a woman, the next most important Ministry (Finance) was also headed by a woman – the first time that’s happened in BC history. Over a third of our government board appointments were women and half of our civil service.

I didn’t trumpet these stats because I didn’t want a single one of my female colleagues to be treated as though they were there for any other reason than that they were qualified for the job.

These women were not tokens, not statistics added together to make a good press release. Every one of them was qualified. Every one of them made a difference for women in the workplace. It’s an awful lot harder for sexist behaviour to go unnoticed or be deliberately ignored when there’s a woman in the room. Moreover, that behaviour is never going to be rewarded when there’s a woman in charge.

This doesn’t mean women should always be in charge. Men have a vital role in this. The vast majority of men would never behave the way that Patrick Brown and Kent Hehr are alleged to have behaved. But the fact is that in a workplace with few women, as politics very much still is, sexist and inappropriate behaviour happens a lot.

What can every citizen do to change it? Elect more women. Yes, make sure they’re qualified – not every woman is better just because she’s female – but if she’s smart and capable, give her the chance.

And for political parties? Work harder to find great women to run for office. Parties that are in opposition have the best chance to make this happen – they have more “open” seats in which there is no incumbent. But all parties can have an impact by ensuring that women don’t just get nominations, but that they also get to run in the sure-bet ridings.

First ministers? Don’t load up your offices and your senior civil service with men. Having a gender balanced Cabinet won’t have an impact if the bureaucrats who do the heavy lifting are almost all men. And, make sure your own office has women in senior roles. Yes, I get it, most of you are men, but culture change starts at the top and if your “real” Cabinet is mostly male, you won’t change a thing despite the window dressing.

We are watching history being made right now. Politics is a brutal and very often brutally sexist business – one that has historically reduced women like me to a footnote in history.

But, thanks to lots of brave women who are making their voices heard, change is FINALLY afoot. I am delighted.