The University of the Fraser Valley athletic department rings in 2018 with an exciting slate of games, highlighted by a home-and-home basketball series vs. their local rivals, the Trinity Western Spartans.

The Cascades and Spartans open the calendar year with a Thursday night doubleheader at the Langley Events Centre, before returning to UFV’s Abbotsford campus for rematches on Friday at the Envision Financial Athletic Centre.

UFV’s nationally ranked volleyball teams are on the road, facing the Douglas Royals in New Westminster.

Friday’s home basketball games are connected to a pair of exciting events. The 2018 Cascades Hall of Fame class – featuring athletes Peter Wauthy and Denise Rehman, builders Scott Fast and Ken Fernstrom, and the 1995 men’s soccer team – will be inducted in a ceremony prior to tip-off of the men’s basketball game. 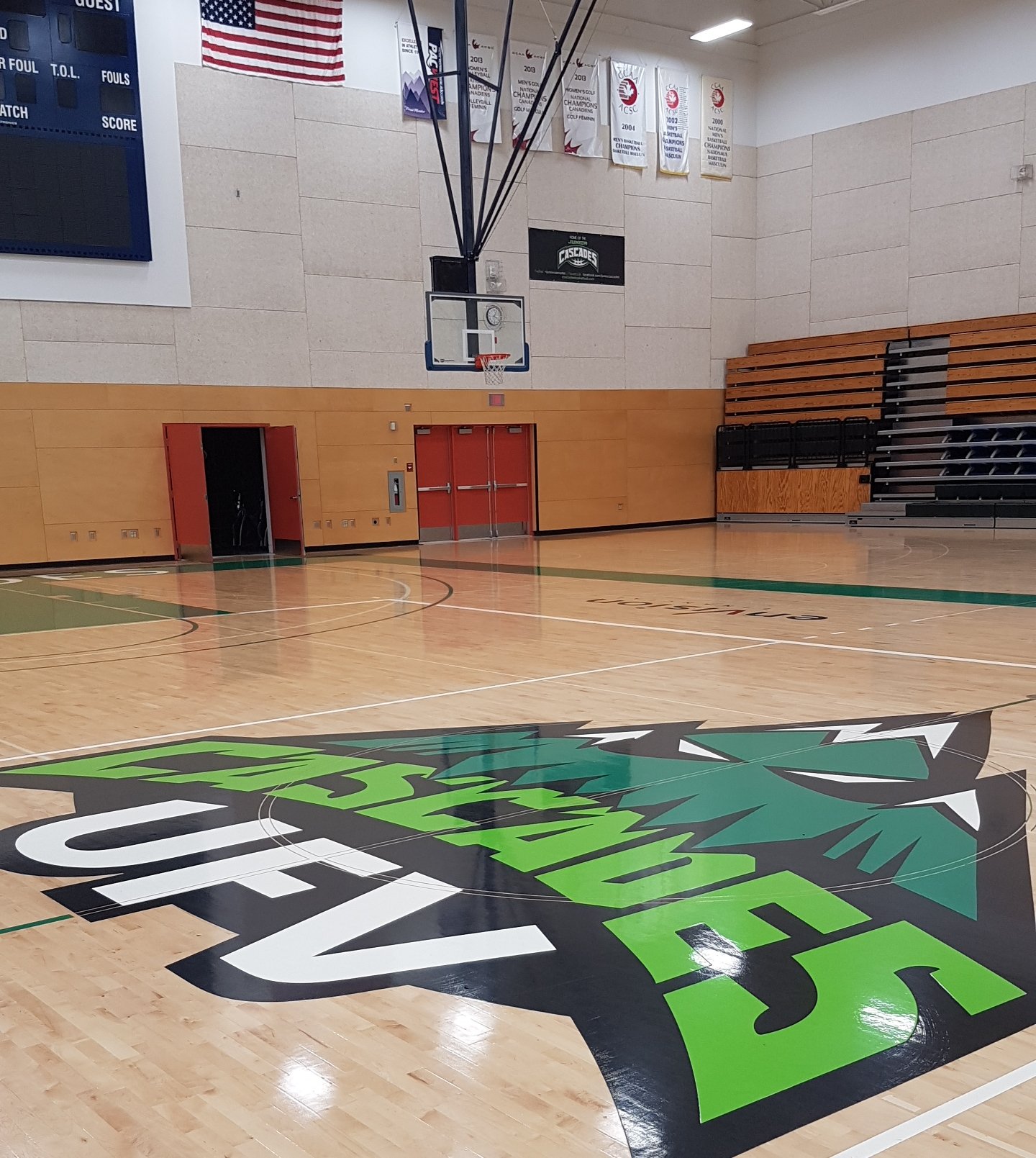 The Cascades face a surging opponent this weekend. The Spartans, coming off their first-ever Canada West playoff series win last spring, are off to the best start in program history at 8-2.

“Trinity has obviously had a great season so far, and they’ve got some fantastic veteran kids in their lineup right now who are a real challenge to match up with,” UFV head coach Al Tuchscherer noted. “Their forwards, (Kayla) Gordon and (Tessa) Ratzlaff, are both very mobile, great rebounders, great scorers around the rim. That’s your first challenge. And then they’ve got (Jessie) Brown on the perimeter who’s one of the premier shooters in the conference, and if you’re not defending her, she’s going to make you pay the price.”

Players to watch: Both the Cascades and Spartans look to outstanding fifth-year forwards for leadership and production. UFV’s Shayna Litman leads her team in scoring (16.0 points per game), good for 10th in Canada West, and hauls down 7.9 rebounds per game. Her TWU counterpart is Kayla Gordon, who averages 12.7 points and 9.7 boards – the latter total is fifth-best in the conference.

The Spartans are the only remaining winless squad in Canada West, but Cascades head coach Adam Friesen knows that when it comes to this heated local rivalry, you can throw win/loss records out the window.

“It’s fun for the community and exciting for the fans, and you always expect the games to be hard-fought and close all the way through, no matter what the records are for either team,” said Friesen, whose team won three of its last five games prior to the Christmas break.

Players to watch: The Cascades are the most prolific three-point shooting team in Canada West – they’ve hit a conference-best 118 shots from the land beyond, and they’re ranked third in terms of percentage (35.6 per cent). Leading the way in that department is fourth-year forward Mark Johnson. The Palm Springs, Calif. product’s 49.3 per cent mark from beyond the arc in second-best in Canada West, and he paces the UFV squad in scoring (13.2 points per game). The Spartans also boast a high-volume three-point marksman from California in Pogos Trunyan. The fifth-year guard from Sacramento leads the conference in threes made (3.3) and attempted (9.1) per game, good for a 36.3 per cent success rate and accounting for the bulk of his 14.9 points per game.

The Cascades volleyball teams’ January schedule is entirely comprised of road games, and there’s no easing into the second semester for the women’s squad. They open against the No. 2-ranked team in the nation, the Douglas Royals.

The two teams clashed in Abbotsford back in November, with the Royals winning both matches in four sets, but the No. 7-ranked Cascades are a healthier group this time around (see below).

“We get to battle with a top team in the first week back, and that’s a great way to get started,” enthused UFV bench boss Mike Gilray, who missed the last Cascades-Royals match-up as he was in China coaching at an international beach volleyball tournament. “It’s going to be a battle for both teams to find that consistency, but we’ve had good practices last week and already this week. Healthy bodies will make for an exciting game.”

Players to watch: Rookie left side Amanda Matsui has been the Cascades’ most dynamic offensive threat thus far, pacing the squad and ranking fourth in PACWEST in total offence (3.58 points/set). She missed the vast majority of the Douglas match-up in November, though, exiting the first game of the weekend due to injury and sitting out the second game as well. Her presence figures to make a difference in the rematch. The Royals are led by Caet McCorkell, who sits just ahead of Matsui in the total offence rankings at 3.77 points per set.

Men’s Volleyball: Cascades will be road warriors in January

The Royals are nipping at the Cascades’ heels in the PACWEST standings, so this weekend’s matches in New West figure to be highly impactful in terms of playoff seeding. The two teams split a pair of games in Abbotsford back in November.

“We’ve got to get comfortable on the road fast,” UFV head coach Kyle Donen said, alluding to his team’s six-game road swing this month. “We played a couple games over the break that were on the road, and those were good to shake some of the rust off heading into the new year.

“It’s a little bit of different mindset going into road games. You’ve got to recognize that you’ve got to generate your own energy on the floor, and you won’t get the same energy you’re used to getting from your home crowd.”

Players to watch: Cascades fifth-year left side Nick Bruce looks to continue his stellar senior season – he’s among the league leaders in total offence (fifth), kills (fifth), aces (12th) and blocks (15th). Across the net, Douglas’s Reid Marriott is fashioning an outstanding campaign of his own. He’s averaging 4.50 points per set, third-most in PACWEST.