Five University of the Fraser Valley volleyball athletes were recognized by the PACWEST on Wednesday as the conference’s regular-season award winners and all-star teams were announced.

A trio of Cascades men’s volleyball players were voted conference all-stars. Right side Joel Kleingeltink is a first-teamer, while libero Isaiah Dahl and left side Ben Friesen are second-teamers.

On the women’s side, UFV’s Funk sisters – setter Jessica and left side Rachel – are both members of the second all-star team.

Kleingeltink, in his fifth year out of Langley Christian, had a banner campaign, finishing second in the PACWEST in total offence at 4.05 points per set. He was also among the leaders in kills (2.96/set, fifth), blocks (0.68/set, third) and aces (0.41/set, fifth). It’s his third consecutive conference all-star nod, having earned second-team honours each of the previous two seasons.

Fellow Langley Christian product Dahl is making his second straight appearance on the PACWEST second all-star team. The third-year libero was the backbone of the Cascades’ defence, finishing second in the league in digs (3.81/set).

Friesen, a sophomore out of Abbotsford’s Mennonite Educational Institute, authored a breakthrough season. He ranked 10th in the league in total offence (3.22 points/set) and was seventh in kills (2.72/set).

“They’re all very deserving – over the entire season, all three of them were incredibly consistent for us,” Cascades men’s head coach Kyle Donen said. “Ben and Joel took turns leading us offensively at times this year. Having a one-two punch like that is huge, and makes tough for other teams.

“And Isaiah, similar to last year, proved he’s the best defender in the league and the most important piece to our back row. A stellar year from him, and we’re looking forward to seeing him make a few more digs this weekend. All three have put in a lot of work to get there, and I’m very proud of all of them.”

The Funk sisters’ reunion this season has been a huge positive for the Cascades women’s squad. Rachel Funk has played all of her three PACWEST years at UFV, while Jessica transferred in this season after two years with the Douglas Royals, replacing setter Nicole Blandford, a second team all-star in 2015-16 who had graduated.

Rachel was the Cascades’ top attacker this season, ranking sixth in the league in total offence (3.56 points/set) and seventh in kills (2.99/set). Jessica, meanwhile, not only ran the offence efficiently, she was one of the PACWEST’s toughest servers – her 0.51 aces per set were second only to teammate Monique Huber (0.58/set).

UFV women’s head coach Mike Gilray said that the chemistry between the sisters – who played their high school volleyball at Pacific Academy in Surrey, B.C. – took time to re-develop this season.

“Jessica’s a different setter than Nicole, and Rachel had been hitting off Nicole for a couple years,” he noted. “But both girls worked really hard . . . we were able to move Rachel from our P2 position to P1 because of how well they worked together.

“Rachel has been working hard for us all year, and she was strong for us last year as well. And for Jessica, coming over to replace a second team all-star in Nicole was really tough. For her to step up and learn to set with a new team and get that connection with her hitters was great.”

Both Cascades volleyball teams are in Nanaimo this week for the PACWEST championships, hosted by Vancouver Island University.

Brad Hildenbrandt (men’s 120 kg), Amtoj Dhaliwal (men’s 82 kg), Karla Godinez Gonzalez (women’s 51 kg) and Ashley Coupal (women’s 48 kg) will participate in the two-day meet, which gets under way on Friday with the preliminary rounds and concludes Saturday with the placement matches (11 a.m., all times Central), bronze-medal bouts (12:30 p.m.) and finals (2:30 p.m.). Selected matches from all sessions – including all finals – will be webcast live on sportscanada.tv.

Hildenbrandt is perhaps the Cascades’ brightest medal hopeful – he’s coming off a gold medal at the Canada West championships at the University of Saskatchewan two weeks ago, and he’s the only UFV wrestler with previous national championship experience. He was fifth in the men’s 90 kg division at the 2015 event in Edmonton.

Dhaliwal, Godinez Gonzalez and Coupal also brought home hardware from this year’s conference tournament –  they each earned bronze medals, and Godinez Gonzalez was the Canada West female rookie of the year.

“It’s great to be back at the national tournament,” Cascades co-head coach Arjan Bhullar said. “Brad is definitely the leader out of the group, having been there before, and we’re excited for these kids to compete and compete hard.

“We’ve got our eyes on the podium. They’re all going there to compete to the best of their ability, and we’ll see what we come up with.”

The Cascades’ all-time individual medal count at the U SPORTS nationals stands at one: Manheet Kahlon took silver at 120 kg in 2015. 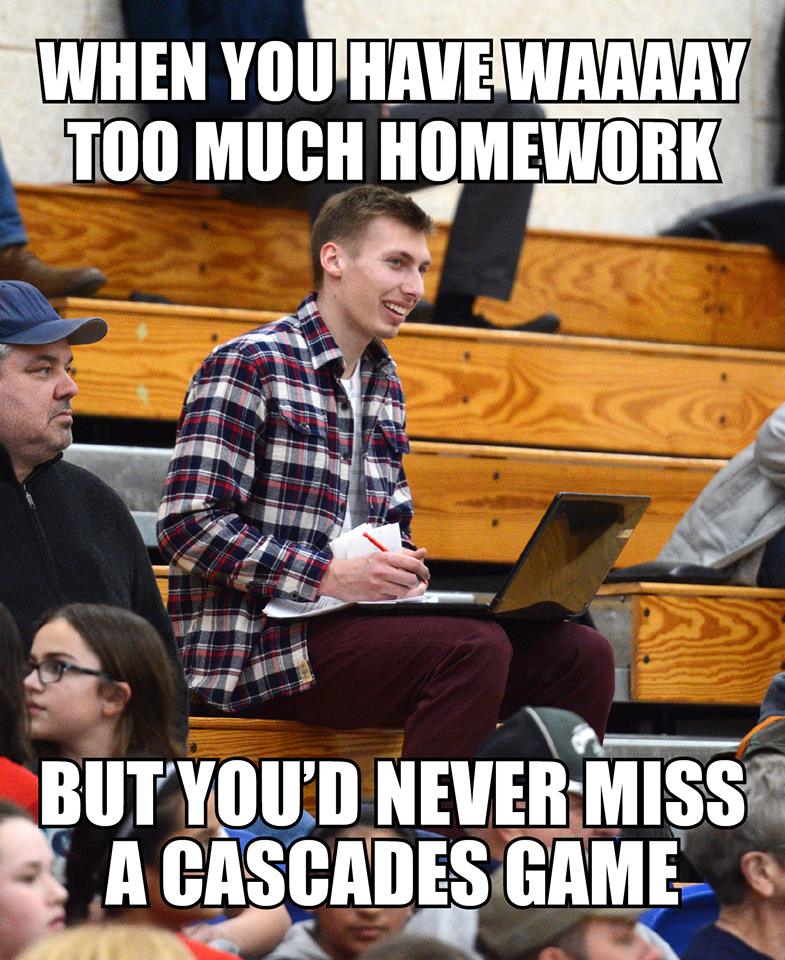