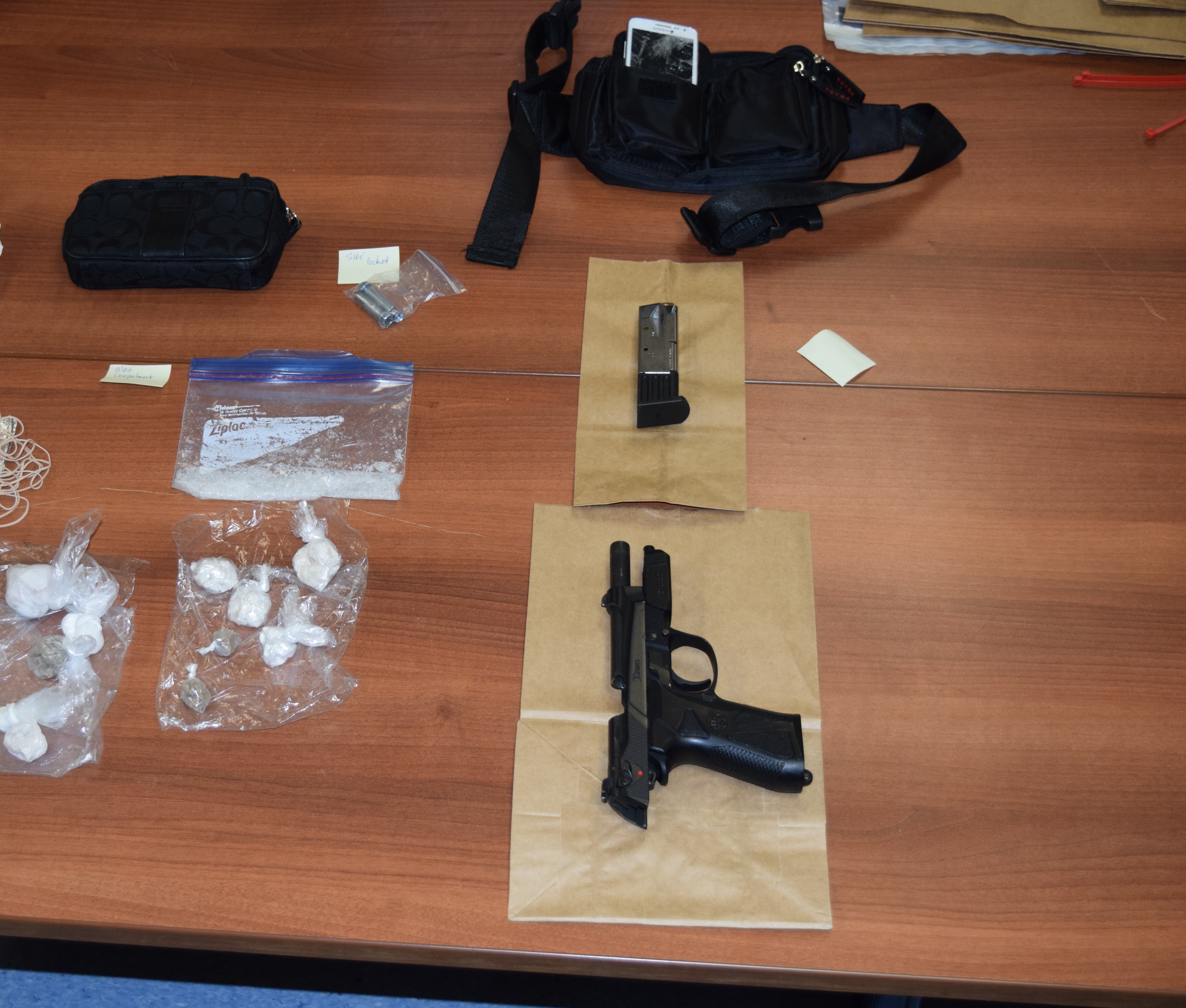 Abbotsford – A 27-year-old man from Abbotsford is facing eleven firearm, drug and breach of weapons prohibition charges as a result of a crash involving a stolen motorcycle.

On Tuesday, May 24, 2016 at 7:49 am, an Abbotsford Police Officer observed a motorcycle driving erratically in the area of Beaver Street and Seal Way. The officer watched as the driver crashed the motorcycle, attempted to pick up the bike and then started to push it. When the officer arrived at the crash location, he found the motorcycle abandoned as the driver had fled, leaving behind a helmet and fanny pack. The motorcycle was confirmed to be stolen.

An APD Patrol Officer and K9 unit immediately began a search for the driver. A 27-year-old male was located in the 2200 block of Beaver Street and taken into custody. He is a prohibited driver who is well known to the Abbotsford Police.

The subsequent search of the fanny pack and satchel located resulted in the seizure of almost $1100 cash, a black loaded pistol, street drugs (including heroin, crack cocaine, cocaine, methamphetamine and unknown drugs), and identification of the arrested male. The approximate street value of the drugs seized is $10,000. 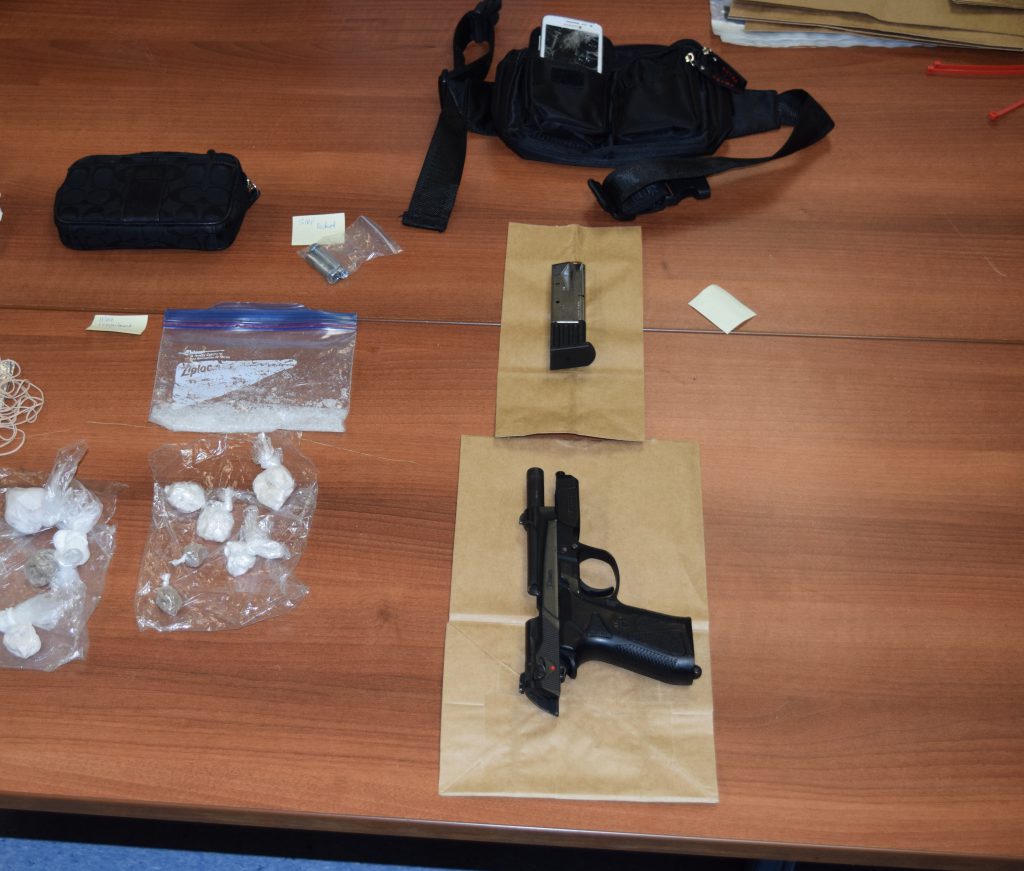