For An Abbotsford Couple, The Challenge Of Having Twins With Cerebral Palsy

Abbotsford – For an Abbotsford couple, having twins with cerebral palsy is not only double the time commitment, medical appointments and specialized equipment – it is also double the love. The parents’ devotion is matched by the joy they receive from their twin daughters and the sense of community they inspire from friends and families who have joined them on their journey to create a truly fulfilling and independent life for the young girls. They have deepened their sense of family and learned to be strong advocates, while learning to appreciate every small success and achievement along the way. The family have created a Go Fund me campaign to purchase a specially adapted vehicle to support their children. Their story is one of perseverance, education and community, as they adapt to the needs of four children and many challenges while pursuing their long term goals of health and independence for the whole family. 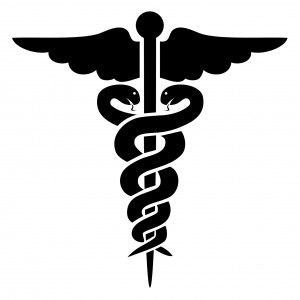 Twins Jayde and Skyla Robinson were born 25 weeks premature. For parents Alex Robinson and Desiree Gauld, it was touch and go at first, and they didn’t know what to expect. With Skyla weighing only 804 grams and Jayde weighing 813 grams, they were rushed to the neonatal intensive care unit and quickly hooked up to various machines as the doctors and nurses scrambled to figure out how to best deal with the situation.

The twins spent 104 days combined at BC Children’s Hospital and Abbotsford Regional Hospital. Complications in their first week of life affected their body movement and coordination, leading to a diagnosis of cerebral palsy and requiring both girls to use wheelchairs.

“It came as a real shock. Of course it’s changed the family life for sure. You appreciate the smaller things in life; it’s very difficult at the same time,” says Desiree. The initial learning curve was steep. Desiree explained that they were looking for information in many different places. Unfortunately, many of the resources and programs aren’t all in one place, and there isn’t enough awareness to promote a full understanding of cerebral palsy.

However, she now believes that her family has found most of the information that is available. Both parents feel they need to be strong advocates for their children. Part of that means becoming a different kind of parent: a therapist, doctor and nurse all in one.

The girls are a full time job times two. They are totally dependent upon us for daily care and assistance. We attend numerous appointments each week for therapies and specialists. “Life is extremely busy. But we make it through day by day,” Alex says.

Despite the challenges they face, Desiree says one of their short term goals is to stay healthy. She hopes that in the next couple of years, their children will be able to do everything that other children do and are a part of the community. For Alex, this means having the twins undergo potentially preventive surgeries such as hip surgery, and working hard with the physiotherapists, occupational therapists and medical equipment suppliers that are such an integral part of their lives to try to prevent or delay future surgeries.

But, he concurs with his wife about wanting the proper care and support for his girls. Robinson says that while it is still difficult for them to forgo using their adapted medical equipment, he feels they are making progress and that by using their walkers and both legs they will learn to avoid overcompensating

on the left side.“[The] long term goal would be that they are walking with walkers in their own way and getting up and going to school and having fun, and definitely in the long term that they are as independent as possible,” he said.

Alex and Desiree feel fortunate to have the support of their families. “Our family and friends have been really supportive. We don’t know where we would be without them,” says Robinson. “They help as much as they can and give an extra hand just holding the girls. We have two caregivers that help but family has been just huge.”

In terms of funding for the girls, there is never enough to accommodate both of them. They do have some access to respite care, although having two children dependent upon care, Desiree is not often relieved. “We don’t get a break from the day for many hours so as far as caregivers, it’s just us at the same time which takes the load off but getting breaks is not long enough,” said Desiree. Some government funding is available from the At Home Program but limitations are always an issue since the girls need complex customized modifications for all their equipment. Non-conventional therapies such as therapeutic swimming and horseback riding that are so beneficial medically and emotionally. The parents also balance the needs of two other siblings, an older daughter and brother, but dream of one day going on a family vacation for everyone.

The family plans to have a local fundraiser soon in Abbotsford. With help from donors like Variety Children’s Charity and CKNW Orphan Fund, they hope to be able to purchase a fully equipped vehicle which will accommodate two wheelchairs and the two other children, as their current mini-van isn’t practical anymore. To support their cause, please visit http://e.gofund.me/skylajaydejourney&pc=expt_em_co_shareflow_m_91&rcid=09ad0498d8fb11e59bedbc764e04c5a7.

PrevPreviousWalk With Your Doc In Chilliwack, Agassiz And Hope
NextD’cardos Mechanical Helps Out Fort McMurray Fire VictimsNext
On Key