Chilliwack (Peopleforbikes.org) – There will be bike lanes as part of the new Vedder Bridge plan. Those bike lanes could be a better bargain than first expected, according to people for bikes.org.

You can make your comments about Vancouver Mayor Gregor Robertson now.

Read their argument here and comment at the bottom of the page:

As protected bike lanes arrive in American suburbs, some city builders are making an unexpected discovery.

Not only are protected bike lanes by far the best way to make biking a pleasant transportation option for shorter trips — sometimes they can also significantly cut the cost of constructing new roads from scratch.

In the central cities where protected bike lanes first arrived, brand-new roads are rarely built. But now that many suburbs are upping their own game on bike infrastructure, a protected bike lane is being planned into streets from the get-go.

Curb-protected bike lanes, his firm realized, can reduce the huge cost of managing rainwater that falls on pavement and then flows into streams and rivers. That runoff is a major source of water pollution, which is why the federal Clean Water Act requires local governments to minimize it. But in rainy parts of the country, preventing excess runoff from pavement that cars are driving on has also become a major cost factor in road construction.

The primary benefit of a protected bike lane from a stormwater perspective is that runoff from the bike lane does not mix with runoff from the vehicle lane. This can be extremely beneficial in jurisdictions that consider the bike/pedestrian area a non-pollution generating surface (although some jurisdictions will still require it to be treated like water from the roadway). Plus this option also leads to the smallest increase in impervious surface.

The protected bike lane configuration can easily support curb cuts for rain gardens in either a continuous inflow or point load entry. This eliminates the need for inlets, manholes, and conveyance pipe. Protected bike lanes also can be built similar to a sidewalk and allow you to reduce the roadway width, both of which lower costs.

Martin said in an interview Monday that the firm researched the subject in connection with a project in Vancouver, Wash., a suburb of Portland, Ore. He emphasized that such savings don’t apply in every jurisdiction — it depends on local circumstances and on how state and federal laws are interpreted at each level.

But their discovery is similar to the one Portland made on Cully Boulevard. When it rebuilt that street in 2011, the protected bike lane along each side reduced costs, because it didn’t require as much excavation as a wider road bed would have. Unlike with a conventional bike lane, there was no need to layer the pavement deep enough to carry a truck.

The Green Lane Project helps U.S. cities build better bike lanes to create low-stress streets. You can follow us on LinkedIn, Twitter or Facebook or sign up for our weekly news digest about protected bike lanes. Story tip? Write michael@peopleforbikes.org. 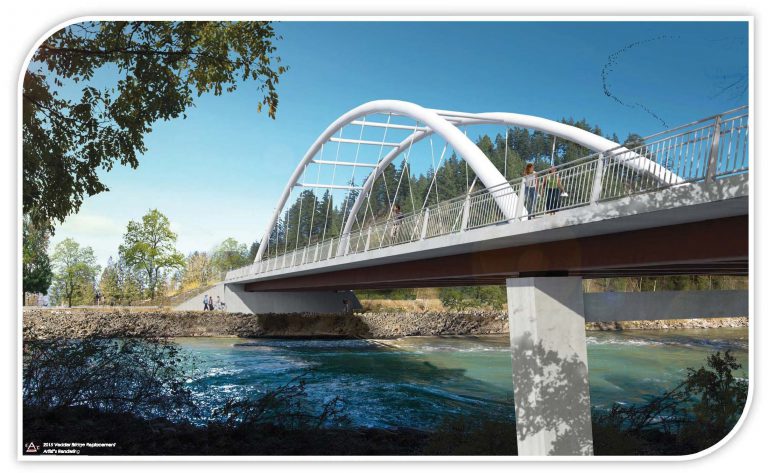