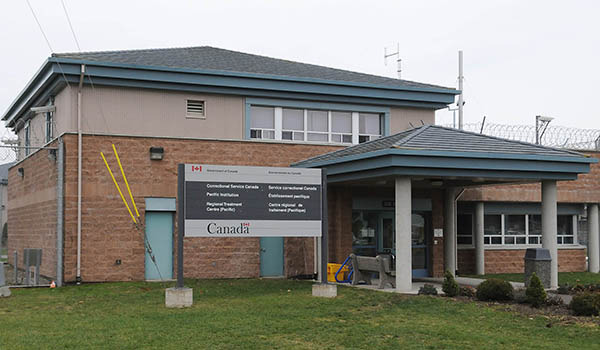 Abbotsford, BC (With Files from Abby News/Corrections Canada) -A 39 year old man serving a life sentence for a gang-related murder died on Boxing Day at Pacific Institution in Abbotsford.

Gurwinder (Gogi) Mann was found unresponsive in the institution’s hospital, according to assistant warden Claude Demers.

Staff members immediately began performing CPR, and emergency services were called, but Mann could not be resuscitated. His cause of death has not been released.

Mann began serving his sentence on May 31, 2003 for the first-degree murder of  Gurpreet Sohi, 20, who was gunned down in his Delta basement in 2000.

Also serving a life sentence for Sohi’s murder was Ravinder (Robbie) Soomel, who was sentenced in 2010 in relation to another earlier murder – that of 20-year-old Jason Herle, who was gunned down by two men hiding in the bushes as he was leaving his parents’ King Road home with his girlfriend in November 1997.

Soomel and co-accused Tajinder Bains each pleaded guilty to conspiracy to commit murder in that case.

Demers said as in all cases involving the death of an inmate, the police and the coroner were notified, and Correctional Service Canada will review the circumstances of the incident.