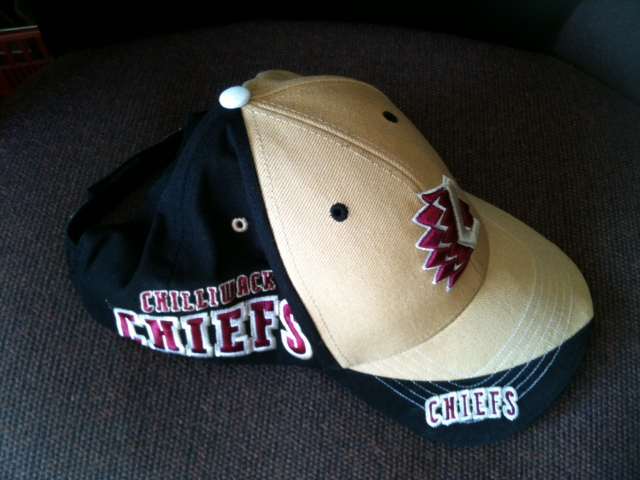 Surrey/Chilliwack – Aidan Pelino made 26 saves and the Chiefs got goals from six different players in a 6-1 thrashing of the Surrey Eagles in Surrey Friday night.
The win improves the Chiefs record to 4-3-1-2 while the Eagles drop to 2-7-0-0.

Chiefs defenseman Mark Esposito opened the scoring at 13:02 of the first period. Esposito’s third of the season came on a scramble in front of Eagle’s goaltender Justin LaForest. Jake Smith picked up the second assist.

Chilliwack doubled their lead two minutes later when Jordan Kawaguchi picked up a rebound and put his fourth of the season into a wide open net. Assists went to Smith and Kane.

Shots in the opening period favored the Chiefs 15-7.

Dennis Cholowski’s power play goal with 2:15 left in the second period gave the Chiefs a 3-0 lead after two periods. The goal was Cholowski’s second of the season.

In the third Kohen Olischefski’s first of the season gave the Chiefs a 4-0 lead before John Wesley got the Eagles on the board to make it 4-1.

The Chiefs got late goals from Ryan Roseboom and Darien Craighead to make the final 6-1.

The Chiefs are back on home ice Saturday night when they host the Penticton Vees. Game time is 7pm.