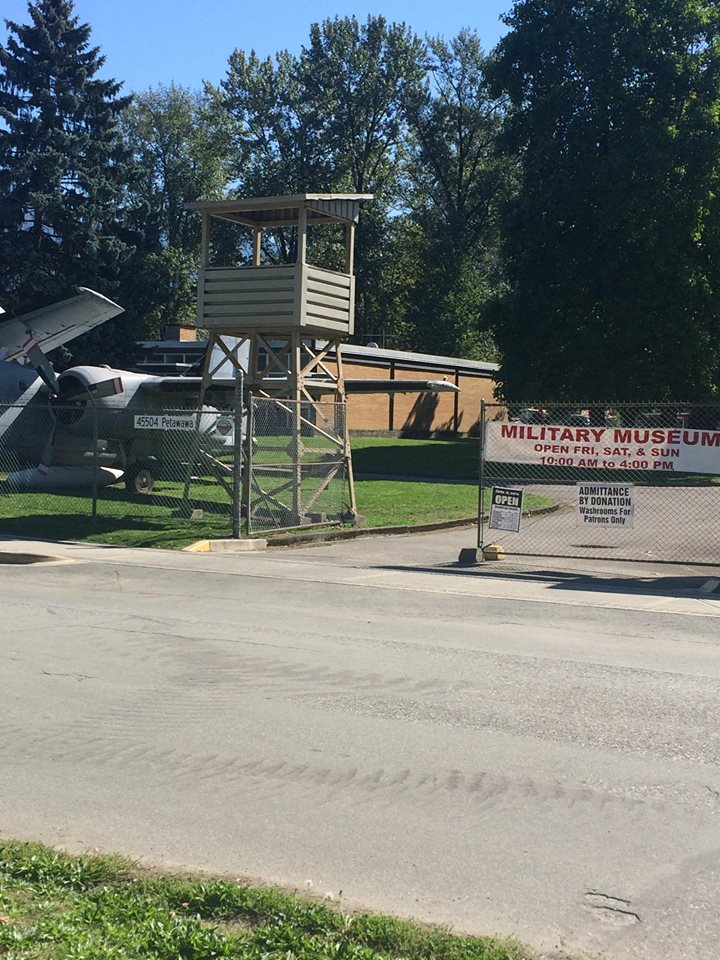 Chilliwack, BC – Say goodbye to yet another piece of the Military History of Chilliwack.

Say goodbye to one of Canada’s largest collections of restored military vehicles including armored personnel carriers, tanks and a plane.

Eight years after the  military museum threw open it’s doors on the grounds of the old CFB Chilliwack, the Canadian Military Education Centre (CMEC) Museum has to move out, and it appears, no one seems to care.

September 14th, the doors close forever, and thousands of square feet of military history and artifacts will not have a home and heaven forbid, have to be sold off, auctioned off or simply given away.

The current building, next to Canada Education Park, is owned by the City of Chilliwack’s economic development wing, Chilliwack Economic Partners Corporation (CEPCO).

The temporary digs have been run by volunteers as a non-profit since 2007.

(Now note that the Centre was informed six months ago that they could be on the move and then five weeks ago CEPCO informed them that a new paying tenant was on the way.)

Paying tenants, the Canada Border Services Agency’s (CBSA) training program is about to move in. The new RCMP closed firing range is just down the street. It was ironic that the sounds of bullets fired, were heard as FVN’s reporter took a stroll through the facility.

A permanent site has not been found and Santa Claus or the Cowboy in the White Stetson has yet to ride into town with a boatload of cash and is willing to save the day.

For military enthusiasts, this hurts just as bad as when the old CFB Chilliwack shut down 20 years ago in 1995.

CEPCO president Brian Coombes says the new tenant, CBSA,  already uses the back portion of the building. Their expansion  plans include a major renovation of the existing building and grounds.

One thought on “Say Goodbye To The Canadian Military Education Museum”