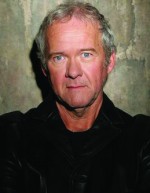 Chilliwack, BC – In his over 40-year career, Murray McLauchlan has won 11 JUNO Awards and received 24 nominations.

As one of Canada’s most decorated artists, McLauchlan was appointed to the Order of Canada in 1993.

McLauchlan also connected with close to 1 million Canadians every Saturday night when he hosted “Swinging on a Star,” the CBC’s top-rated music show throughout the mid-80s.

McLauchlan’s cultural impact runs across generations, from his classic and influential albums, Song From The Street, Day to Day Dust and Boulevard to his memorable appearances on “Sesame Street” and “The Elephant Show.”

In 2011, McLauchlan entered the studio with a renewed passion and drive, returning to his roots as a songwriter. The result is Human Writes, his first album of new, original material in 15 years. Simply put, Human Writes is a pinnacle work in a lifetime of achievement.