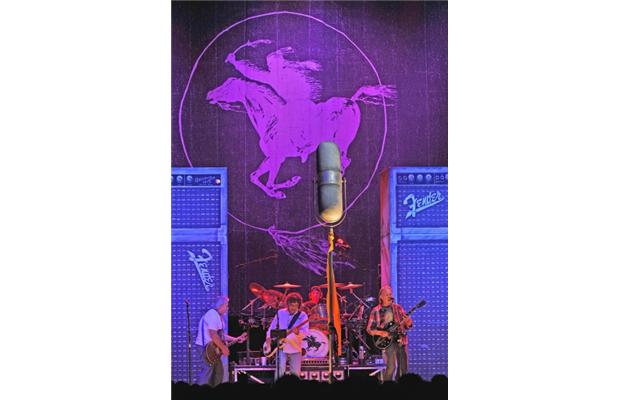 Vancouver (Vancouver Sun) – Neil Young‘s concert scheduled for Vancouver for the Queen Elizabeth Theatre in Vancouver on October 5 has been moved to Rogers Arena.

The concert, featuring Young and his new band The Promise of the Real, is said to feature material ranging “from solo acoustic, to full band acoustic, to full on raging rock jams these 2-to-3 hour, ever changing ‘dream set lists’ feature material from both (latest album) The Monsanto Years and Young’s entire catalogue,” the announcement from promoter Live Nation said.

The Promise of the Real consists of Willie Nelson‘s sons Lukas and Micah on vocals and guitar, Anthony Logerfo on drums, Corey McCormick on bass and vocals, and Tato Melgar on percussion.

Tickets will now go on sale Monday, Aug. 31 via Ticketmaster. Prices will range from $35 to $150 plus taxes and service charges.

The original concert announcement set for the Queen Elizabeth Theatre, where tickets would have ranged from $75 to $199.50 plus charges, mentioned that “partial proceeds from ticket sales will be used to support the Athabasca Chipewyan First Nation (ACFN) legal defense fund.”

We are trying to confirm if that will still apply for the Rogers Arena concert.