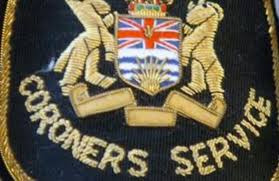 Boston Bar, BC – The BC Coroners Service is requesting the public’s assistance to identify a male who was found deceased near Boston Bar 25 years ago.

The Identification and Disaster Response Unit of the Coroners Service continues to work to identify a number of cold cases involving previously unidentified remains.

This is the case of a white male who was found in a remote forested area near North Bend (across the river from Boston Bar) in December 1989. He was likely between 30 and 40 years old, balding with short, dark brown hair and a trimmed moustache. He was about 170cm (5’7”) tall, and 75kg (165lbs) in weight, with a medium build and fair complexion. He had a small scar below his right knee and a partial upper denture. He was wearing a blue and white ski jacket, blue sweater, dress shirt, dark grey dress pants and new Oxford-type shoes. He also wore a hand-tooled leather belt with an elaborate design.

Glasses were found nearby which indicated near-sightedness and high astigmatism. There were some British coins in his personal effects, indicating that he may have been from the UK or had recently visited there.

If you have any information regarding the identity of this person, please contact the BC Coroners Service Identification and Disaster Response Unit at 604 660-2556.

An artist’s reconstruction of this male and details of the belt design can be found on the BC Coroners website at: http://www.pssg.gov.bc.ca/coroners/unidentified-cases/1989-0516-0009.htm

It should be noted that the facial reconstruction was completed by a forensic artist and should not be considered an exact likeness.