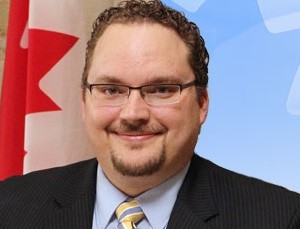 Chilliwack, BC -As we approach Sunday and the expected day that the Federal Election is expected to be called, local Federal Conservative MP’s are handing out more loonies. The latest from Chilliwack-Hope MP Mark Strahl:

On behalf of the Honourable Denis Lebel, Minister of Infrastructure, Communities, and Intergovernmental Affairs, Chilliwack-Fraser Canyon MP Mark Strahl announced that the first installment of the federal Gas Tax Fund (GTF) for 2015 is being made available to support local infrastructure priorities.

“Our Conservative Government has been a reliable partner to our local municipalities providing the stable and predictable funding they need to address their local infrastructure priorities,” said Strahl.

Since 2006, the Government of Canada has significantly improved the federal Gas Tax Fund. It has been extended, doubled from $1 billion to $2 billion annually, and legislated as a permanent source of federal infrastructure funding for municipalities and communities. Almost $22 billion in funding will flow to communities across Canada through the Gas Tax Fund between 2014 and 2024.

Funding for 2015-16 was announced for the following communities: