Vancouver — Ronnie Pfeffer’s 24-yard field goal with 46 seconds left lifted the Toronto Argos to a 30-27 win over the BC Lions on Friday night, capping off a thrilling comeback win from 21 points down.

Trevor Harris threw two touchdown passes and ran for another, helping the Argos overcome three first-half touchdowns by Lions dual-threat running back Andrew Harris. The Argos pivot, filling in for injured franchise quarterback Ricky Ray, shook off a pair of first-half interceptions to throw for 340 yards and two touchdowns on 30-of-40 passing.

The win put the Argos in sole possession of first place in the CFL East Division, overshadowing an outstanding performance from star running back Andrew Harris, who finished the game with 122 yards from scrimmage and three scores.

Kevin Elliott’s six catches for 81 yards sparked the Argo comeback, as did his 54-yard touchdown in the second quarter when the Boatmen trailed 21-0. Daryl Waud weighed in with his first career sack in a resilient defensive effort by Toronto, while Devin Smith had a key interception of Travis Lulay. Pfeffer made good on all three field goal attempts but missed an extra point try.

Toronto squandered a chance for a hot start in the first quarter, following up a quick two-and-out on defence and a promising drive with Harris’ first interception of the night. Harris’ pass intended to Kevin Elliott was intercepted by Cord Parks, ending the Argo threat and providing a potential early game-changing moment.

Eight plays later and the Lions’ running back Harris was charging into the Argo end zone, capping off a nine-play drive and giving the Lions a 7-0 lead courtesy of the first-quarter interception. Harris touched the ball on five of the nine plays while a 20-yard completion to Courtney Taylor on second-and-12 highlighted the methodical drive for the game’s first points.

BC’s defence, ranked last in the CFL in yards per game entering Friday night, continued to tilt momentum in the Lions’ favour with an interception of Harris on the second straight drive. This one started the Lions at midfield and Lulay went to work quickly.

After a 23-yard completion to recent newcomer A.C. Leonard, Harris got ahead of coverage on a wheel route and Lulay made no mistake, connecting with the veteran runner for a 25-yard touchdown to make it 14-0.

A quick two-and-out by the Argos put the Lions’ searing hot offence right back on the field, and again the Lions made the Boatmen pay. Lulay connected with Emmanuel Arceneaux then twice more with Harris before Harris hit paydirt on a seven-yard run – his third touchdown of the first half.

By the time Trevor Harris settled the Argo offence down, the damage had already been done and the Lions led 21-0 – although the Argos’ young pivot mitigated some of the damage with a 54-yard touchdown strike to Elliott early in the second quarter. Elliott snuck behind the Lions’ secondary to score his third touchdown in as many games to cut BC’s lead to 21-7.

After getting beaten for three touchdowns on three possessions, the Argo defence fought back. The Boatmen held BC scoreless on its next seven possessions, including a stop on third-and-four near midfield. Down 21-13 after a Ronnie Pfeffer field goal, the turnover on downs provided just the spark the Argos needed.

Harris his Gurley on second down and the Argos’ towering rookie put on the moves, burning the Lions’ defence for a 32-yard gain. Two more completions by Harris to Owens put the Argos on the doorstep before the Argo pivot finished off the drive himself with a two-yard touchdown run. Harris connected with Elliott on the two-point conversion, and suddenly the Argos were down only three points.

Ronnie Pfeffer and Richie Leone exchanged field goals in the fourth and with under six minutes remaining, the Argos took over possession with a chance to either tie the game or even take the lead. After a key first down by Owens, the Lions appeared to have the drive halted on a sack – but the defensive play was negated by a facemask penalty, giving the Argos a fresh set of downs.

Facing constant pressure on every play, Harris continued to stand tall in the pocket and avoid the Lions’ hungry pass rush. First he checked down to his fullback Alexandre Dupuis for a first down, then he evaded even more pressure and scrambled to move the sticks again.

Finally, Harris connected with National Natey Adjei, who made the catch in traffic and muscled his way through defenders to reach across the goal line. Adjei’s first career touchdown and Harris’ second touchdown pass of the game capped off a six-play, 75-yard drive giving the Argos their first lead of the game.

But the lead was short-lived. 2015 CFL Draft Pick Shaquille Murray-Lawrence beat containment on the ensuing kick return and burst outside, sprinting for a 63-yard return to put the Lions immediately in field goal range. The Lions were forced to settle for a field goal, putting Trevor Harris in a very familiar situation — the ball in his hands and the game on his shoulders in the game’s dying minutes.

A 16-yard completion to Gurley followed by a facemask started the Argos off on the right foot, then two more completions to Gurley and Coombs set the Argos up well in field goal range. After running some time off the clock, the Boatmen settled on Pfeffer’s third field goal of the night, giving Toronto just its second lead of the game with 46 seconds remaining.

With time left and the ball in the hands of Lulay, the Lions couldn’t muster any magic in front of the home crowd on this night, as the Argo defence forced a quick turnover on downs to preserve the win. 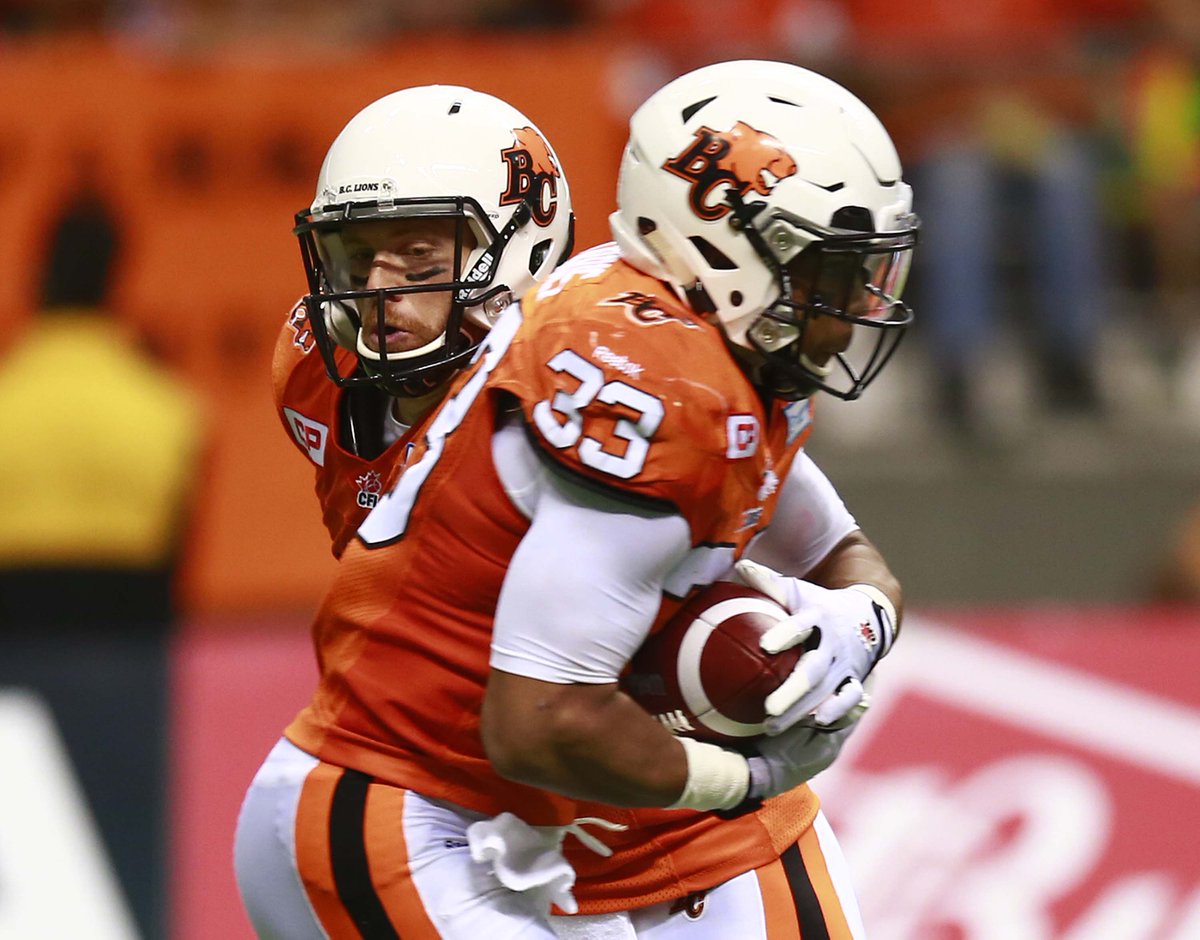 Lulay finished with 158 yards and a touchdown on 17-of-29 passing for the Lions but threw an interception. Adam Bighill was everyone on the Lions’ defence, meanwhile, recording a game-high 13 tackles plus one on special teams. In the end, though, the Lions’ offence couldn’t get the job done in the second half — something they’ll work on ahead of a trip to Winnipeg on Thursday, July 30 to face the Bombers.

The Argos, meanwhile, move to 3-1 despite a heavy road schedule to open the season. They’ll take on the rival Hamilton Tiger-Cats on Monday, Aug. 3 in Hamilton — their first game against an East Division opponent this season.