To begin with, the University of the Fraser Valley Cascades standout has momentum on his side following a stellar month of tourney play, highlighted by a first-place finish in the amateur division at a Vancouver Golf Tour event and a third-place result at the Canadian University/College Championship. The latter performance clinched Pauls’s spot on Canada’s three-man Universiade team, which also features Russell Bowie of Queen’s University and the University of Waterloo’s Dylan Cave.

Of course, in a deep international field, strong preliminary results won’t be terribly unique. But it’s unlikely that any of Pauls’s competitors in South Korea can boast the same type of holistic preparation that his recent academic pursuits have afforded him.

The 24-year-old Chilliwack product completed the coursework for his UFV kinesiology undergrad degree in December, earning CCAA Academic All-Canadian honours in the process, and subsequently embarked on graduate studies at the University of Nevada, Las Vegas (UNLV) in January. He’s working towards a Masters in kinesiology with a focus on motor learning, and much of his time is spent helping his advisor conduct research to determine the optimal level of physiological arousal for someone to learn. He’s literally making a career out of effective, efficient preparation.

“The research is about brain and body function and how can I improve it,” explained Pauls, who helped the Cascades men’s golf team to four PacWest titles and four podium finishes at CCAA nationals, including a gold medal in 2013. “This is more in a classroom setting than in sports, but it applies to sports as well. I’ve learned an absolute ton of information on mindset and how I can improve what I do (on the golf course).”

Further strengthening Pauls’s mental game is the valuable international experience he gained last summer at the 2014 World University Golf Championships in Switzerland. He was 17th individually and helped Canada to a strong fifth-place team finish. 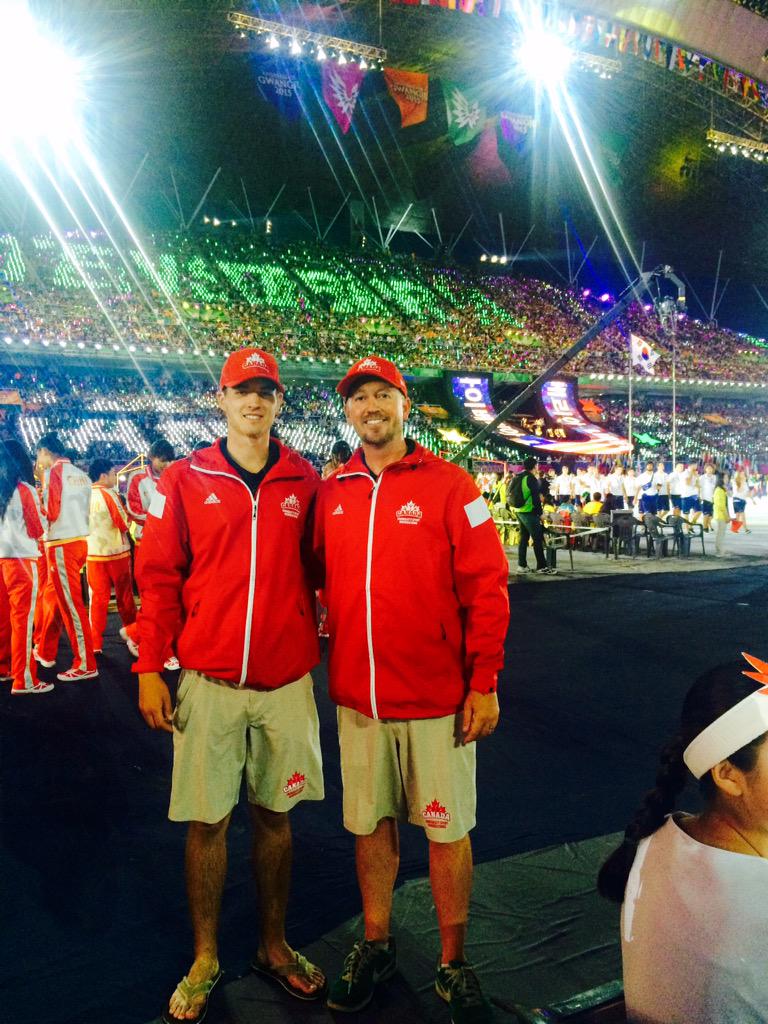 “It’s a huge deal,” Pauls said, reflecting on his experience in Switzerland. “One of the things that I tried to do last year, and I talked to (UFV sports psychology professor) Roger Friesen about it, is how do I focus on why I’m here? How do I go from checking everything out and taking it all in, to bearing down when it’s time to play? I did a good job of that last year, so knowing I can do it is very valuable for me.”

The Summer Universiade, which runs July 3-14 and brings together upwards of 9,000 athletes from over 170 nations, is a biannual event which is second only to the Olympic Games in terms of participating athletes and countries. The golf tournament runs next week, Wednesday through Saturday, and marks a milestone of sorts for Pauls – it’s his last competition as a university athlete.

Cascades head coach Chris Bertram, who will also be leading the Canadian men’s team at the Universiade, believes his star pupil has what it takes to succeed in pro golf, but Pauls isn’t sure that’s the route for him. The pressure of having to earn a living at the game, he thinks, might drain all the fun out of it.

His dream is to teach – after his Masters is complete, he plans to pursue a PhD with the goal of becoming a university prof.

“I think it’s time to move on and put my time and efforts into something else that presents a challenge like golf did over the last 12 or 15 years,” he said. “I love academics and I love learning. Academics is a little bit like sports, in recruiting for PhD spots. I’m going to work and do real well in my Masters program so I can get one of those.”

Ever the competitor, it will be fascinating to follow Pauls next week in his swan song as a university athlete.

“I can’t think of anyone better prepared to captain this team than Aaron,” Bertram said. “He’s got the game, the mindset and the experience that will be needed at such a prestigious event. I can’t wait to be a part of his experience this one last time under the UFV Cascades banner.”