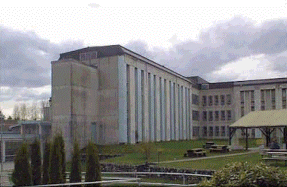 Abbotsford BC – Correctional Service Canada are investigating a death at Matsqui Institution that happened on Wednesday.

38 year old Christopher Robert Roy was found unresponsive in his cell and was taken to Abbotsford hospital, where he was pronounced dead shortly before 6 PM that night (June 3).

Roy was in the last six months of a two year sentence for break and enter and breach of parole.