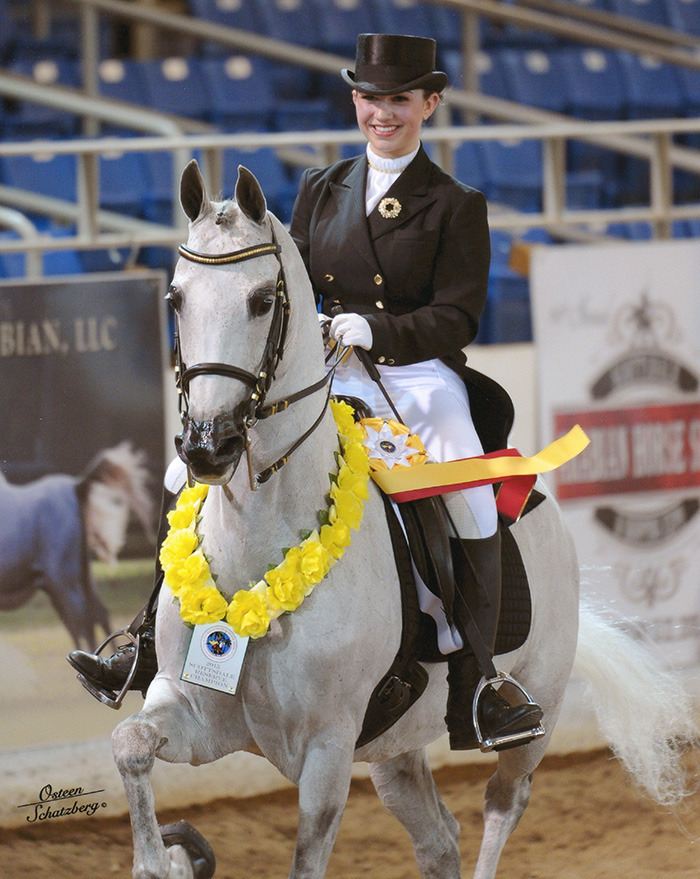 Mission, BC (Mission City Record)-  Natalie Alves has been fascinated with horses, since her father placed her on one when she was just a baby.

The Mission resident began riding before she could walk. At age six, she began to show horses.

Her love of riding has never diminished.

“I was really into dance and school sports for a long time but at the end of the day, I quit everything to do this (horseback riding) more and more.”

Her dedication recently paid off as Alves was the recipient of Equine Canada’s Gillian Wilson Junior Equestrian of the Year Award. The award is given annually to a junior equestrian athlete who has excelled in competitions for the current year while demonstrating exceptional talent, horsemanship, sportsmanship and dedication to the sport.

Alves will now hold the award for one year, will retain a trophy and has received $1,000.

When she found out she was chosen, from all the eligible riders in Canada, Alves said she couldn’t believe it.

“I was just shocked. I believe, from my knowledge, that I’m only the second ever Arabian competitor to win the award.”

In the past, Olympic riders have usually been honoured. Arabian riding runs in its own, non-Olympic circuit.

Alves said a lot of the competition is the same – dressage and jumping – but Arabian has more diverse disciplines including western and English riding and “every other discipline in between.”

The diversity is one of the reasons Alves chose Arabian.

“I just love the connection of an animal being your partner. That’s probably the main goal of it in showing is to create that bond between you and your partner,” she said.

While she has always loved riding, it wasn’t until 2010 that Alves realized her potential. She was competing in her first Canadian Nationals, at the age of 12, and she won national champion.

“It was kind of an eye-opener, that you really can do this.”

From then on she was hooked on competing.

Of course, it helps to have a great partner when riding. Her mare, Shake It Up Baby, has also been honoured as it was the 2013 Equine Canada Half Arabian Horse of the Year.

Alves graduates from Heritage Park Secondary this year and has decided to attend the University of the Fraser Valley.

She had been accepted into the University of B.C., but decided to remain in the Fraser Valley so she could continue to ride.

To date Alves has received:

The Hollister Entrance Scholarship to UFV consisting of a one-year tuition waiver and $1,500 for a total value of approximately $8,500;

The Arabian Horse Foundation Scholarship for $1,000;

The Equine Canada Junior Equestrian of the Year award for $1,000;

The All Arabian Horse Association of BC Youth Scholarship for $5,00;