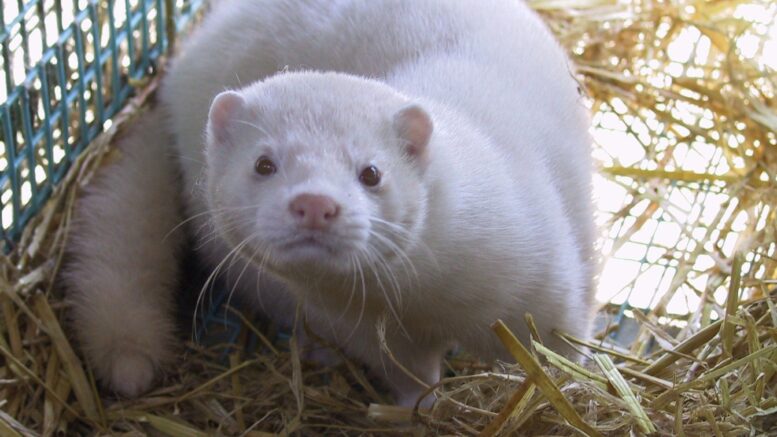 Vancouver/Fraser Valley/(Xʷməθkʷəy̓əm (Musqueam), Sḵwx̱wú7mesh (Squamish) and səlilwətaɬ (Tsleil-Waututh) – The Union of BC Indian Chiefs (UBCIC) joins the BC SPCA and other advocates calling for a moratorium on mink farming in the province.

Over the course of the pandemic, COVID-19 has spread rampantly at mink farms in Europe and North America, most notably resulting in Denmark’s drastic decision to cull all 15 million minks bred at its 1,139 mink farms. While other nations begin to accelerate plans to phase out and ban fur farms, the B.C government recently announced the resumption of mink breeding at BC mink farms, including at one farm that is still under quarantine. Last December, two hundred mink died and another 1,000 were euthanized as a precaution after mink at two Fraser Valley farms tested positive for the coronavirus.

“It may be surprising to many that British Columbia has a fur farm industry which revolves around the mass breeding and slaughtering of wild animals for luxury fashion items and has been widely regarded as unethical and unnecessary,” stated Grand Chief Stewart Philip, UBCIC President. “UBCIC supports the ethical harvesting of fur for cultural and ceremonial purposes, and for purposes that align with Indigenous ways and respect values of conservation and stewardship. However, UBCIC does not condone the industrial breeding, confinement and slaughtering of minks for international luxury markets especially as, notwithstanding the current public health risks, mink farms have long been implicated in cruel and inhumane fur farming practices that have led to unacceptable animal welfare outcomes. Evidence exists on both local and international scales regarding the unnecessary and deeply troubling suffering minks are subjected to – lifelong confinement in cramped and filthy cages which, during a pandemic, only promotes the spread of COVID-19 and other respiratory viral infections.”