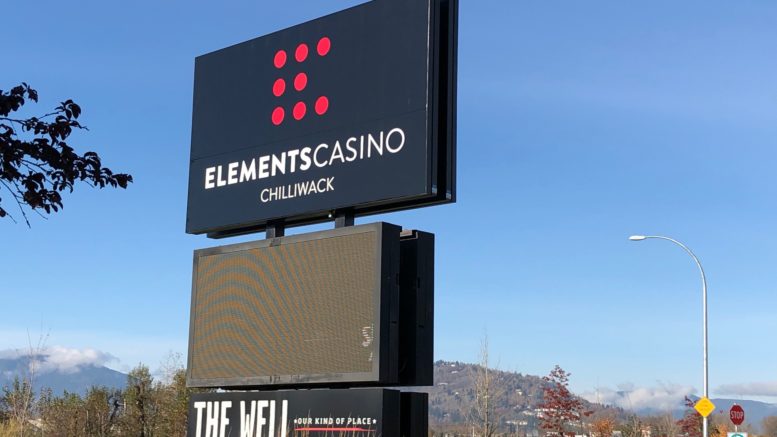 Fraser Valley/Toronto – Even though the doors have been closed for a year, under the pandemic, business still goes on.

The Great Canadian Gaming Corporation (TSX:GC) announced that Raptor Acquisition Corp., an affiliate of funds managed by affiliates of Apollo Global Management, Inc. (NYSE:APO), has received approval under the Investment Canada Act for the acquisition of Great Canadian.

As announced on December 23, 2020 and December 30, 2020, respectively, the Arrangement has previously received approval of the Supreme Court of British Columbia and Security holders, as well as clearance under the Competition Act(Canada). The Arrangement remains subject to certain other closing conditions. It is expected to be completed in the second quarter of 2021.

Great Canadian owns Elements Casino in Chilliwack, and Chances in Maple Ridge. Chances Abbotsford is owned by Gateway. All have been closed throughout the pandemic. The only Great Canadian Gaming properties that are open, are the three in the Maritimes.

UPDATE – ALL Casinos Closed re: COVID -19