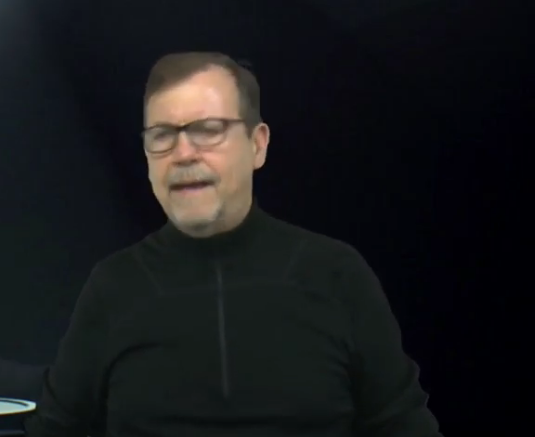 Chilliwack – EMS responded to a call of a cyclist struck by a SUV at the Prest Road Roundabout (off Bailey Road). This was around 2:45PM Saturday afternoon.

The victim was chillTV’s John Barson, who is known as “John Wayne” on the TV show “Chilliwack Tonight”. Barson is also an avid cyclist.

His media career started at the old CHWK AM and took him to Mexico City before returning to Chilliwack a year ago as the pandemic was settling in.

I suffered lacerations to the face requiring stitches and a broken humerus (arm). It was a proximal break, clean, and luckily does not require surgery, just a sling. It have been a lot worse. Driver was trying to beat another car into the traffic circle so wasn’t looking to the right…until too late. My many years of riding saved me because I threw my weight to the vehicle so I wouldn’t go under the wheels. I had a bright flashing tail light, bright green helmet, so I was doing the right thing.

And in typical Barson dry humour:

Anybody know where my bike is? I vaguely remember somebody I know waiting with me until the ambulance got there and offered to take care of it. But I was in shock and can’t remember who it was…