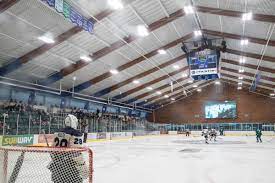 The TWU Spartans Skills Challenge, which is a closed event, will be streamed live at TFSETV. The event will diligently follow all the health and safety protocols that have been set out by British Columbia’s Provincial Health Officer and viaSport.

The live streamed event will feature player and coach interviews, as fans will have an opportunity to see the Spartans women’s and men’s hockey teams in an exciting event.

Hockey Gives Blood was founded in 2018 by former hockey players, all of whom were seeking to do more for the hockey community. It is a non-profit society that has partnered with the Canadian Blood Services in an effort to engage and educate the hockey community about the importance of blood and stem cell donation.

The inspiration for Hockey Gives Blood came from two separate events: the first being the death of Tom Middleton (father of Stu Middleton, cofounder) and the second being the Humboldt Broncos tragedy. Stu’s father was killed on the Trans-Canada Highway while en route to one his Junior games in 2000. Stu’s teammates and the local hockey community helped him through that difficult time just as Canadians witnessed the hockey community rallying together to help those affected by the accident in Humboldt. In the wake of the 2018 tragedy, Hockey Gives Blood set out to build something that is positive, is long-lasting and is a tool for the hockey community to make a positive impact at every level.

You can learn more about Hockey Gives Blood here.