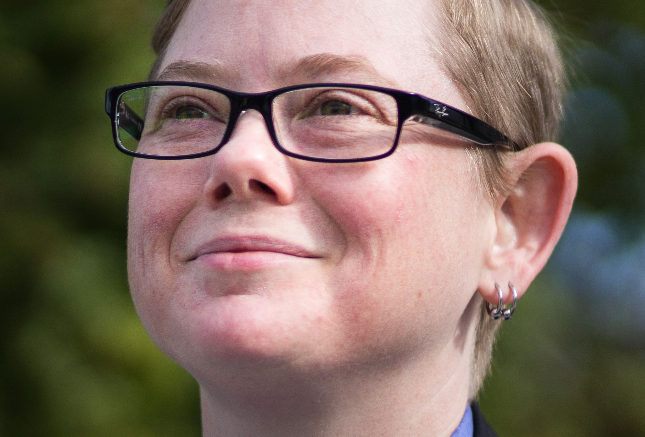 Mr. Lang relies on the finding of the Chilliwack School Board that Trustee Barry Neufeld violated the conflict of interest rules in the School Act, and is asking the BC Supreme Court to declare his seat vacant, and disqualify him from standing as a candidate for election in the future.

The petition can be found here.

Lang is a staunch critic of Neufeld. Lang is also a corrections officer and the President of the Chilliwack Metis Association.

FVN and chillTV have reached out to Mr. Neufeld for comment. He declined an interview as the matter is now before the courts.

FVN and chillTV reached out to School Board Chair Willow Reichelt She too declined comment: I can’t speak on the matter, as it is before the courts. My affidavit speaks for itself.

The litigation is funded by Affiliates of the BC Federation of Labour, who are amplifying the call of union workers, concerned parents, and those demanding equity in schools in Chilliwack.”

From Chilliwack School District No.33 Vice Chair of the Board, Jared Mumford: The Chilliwack Board of Education is aware that a petition was filed in British Columbia Supreme Court on Friday, February 19, 2021 seeking the removal from office of Trustee Barry Neufeld arising from allegations of conflict of interest. The Board of Education is not a Respondent in that litigation. We are aware that this issue arises in the context of a resolved human rights complaint involving the Board and an outstanding complaint against Trustee Neufeld. The Board has yet to come together to discuss this matter with legal counsel and will not comment further at this time.

Statement from Adrienne Smith, lawyer for the elector (NOTE Smith was interviewed by FVN and that interview is available on Soundcloud and here:

“This is a case about the accountability of elected local government officials.
Our client is an elector (voter) in Chilliwack who is proceeding under the School Act to hold a trustee accountable for a conflict of interest.
Broad issues around the Chilliwack school board are well known to the public.  Several human rights complaints have already been filed, and the Minister of Education has appointed special investigators to look into the situation, and to issue a report by the end of the month.

This case is about a narrow conflict of interest issue arising from an in camera (closed) meeting of the School Board on October 5, 2020.
The elector alleges that Trustee Neufeld broke the rules around sharing information from the in camera meeting; and more significantly, that he knowingly participated in a meeting which put him in a conflict of interest.

The Chilliwack Board of Education considered Trustee Neufeld’s conduct, and found that he violated Section 58 of the School Act– which required that trustees not participate in discussions about issues in which they have a financial interest. The Board also found that Trustee Neufeld violate the Board’s policy on in camera meetings, and the Code of Conduct.
Since then the Board has asked Trustee Neufeld to resign. He has not.
Neither the Board nor the Minister of Education have the power to remove a trustee from office.

The remedy under the School Act is for a Chilliwack elector to bring a petition to the Supreme Court of British Columbia asking that the Trustee’s seat declared vacant.  This is what Mr. Lang did this morning.
The elector is of course disappointed that the Board’s energy has had to focus on issues like this. He is hopeful that after the installation of the trustee who was elected this weekend in a by-election, and the timely resolution of this case, that the Chilliwack School Board can get back to the responsible and inclusive administration of Chilliwack public schools.

Cameras On All Chilliwack School Buses A No Go (VIDEO)