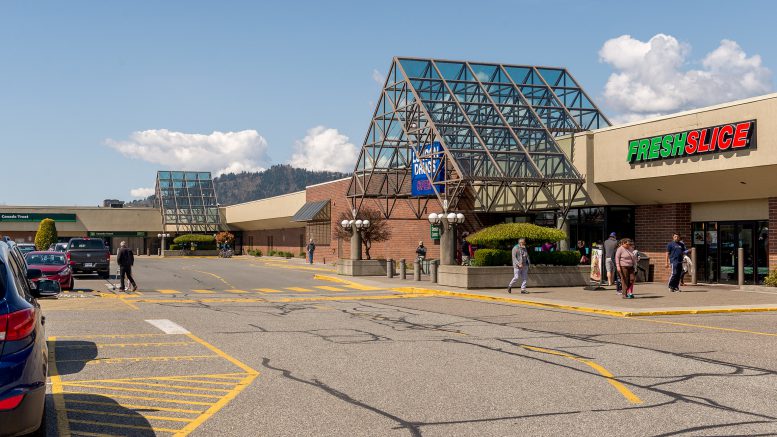 Chilliwack – On Saturday afternoon ( January 9, @3:15 PM), the Chilliwack Fire Department was dispatched to a reported structure fire located in washroom of Cottonwood Mall.

Mall security was alerted to a small fire within a public washroom, the security guard and mall staff swept into action immediately activating the fire alarm system and evacuating the entire busy shopping mall. Then, after everyone was out and safe, the security guard began fighting
the fire with a fire extinguisher.

The security guard put the flames out and fire crews, who were on the scene within minutes, were left to make sure it was safe and clear the mall of smoke. Security personnel assisted fire crews with resetting the fire alarm system.

Hand towel dispenser in the washroom sustained minor fire damage and there was minor smoke damage to the wall.

The fire is still under investigation by the Chilliwack Fire Department.

Smoldering Cigarette May Have Started Chilliwack Fire On Laughington Place