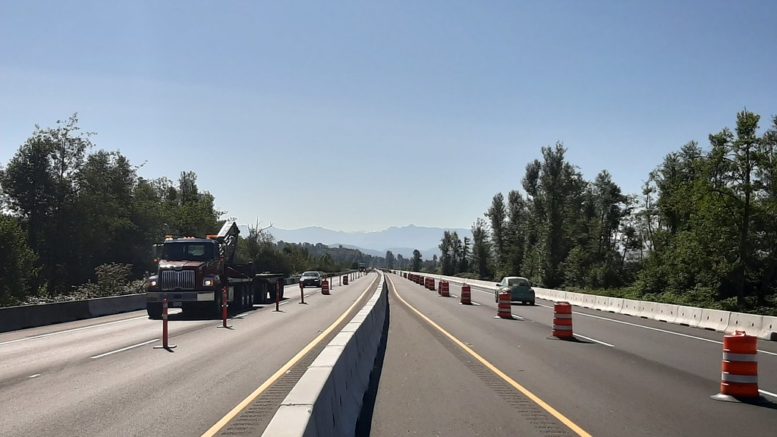 I revisited this old article from 2009 today. It concerned a Facebook page dedicated to bringing improvements to an intersection on Vancouver Island that frequently sees major collisions. Dividing the highway, adding concrete barriers, prohibiting turns, reducing the speed limit, installing traffic lights and other similar suggestions make up the majority of the solutions put forward by concerned people whenever events like these occur.

One component of Vision Zero (our current road safety strategy) is highway design. The concept is that if road users fail to follow rules due to lack of knowledge, approval or ability, or if injuries do occur, then system designers are responsible for taking further action to prevent people from being killed or seriously injured.

Implementation of median barriers, modern roundabouts, speed humps, pedestrian islands, curb extensions along with enforcement methods such as the installation of speed and red light cameras that make car travel safer must be considered.

In past, we considered that 90% of the problem involved people and driver error. Vision Zero says that we should consider that 90% of the solutions involve speeds, roads and vehicles.

Our vehicles continue to evolve and improve. Advanced Driver Assistance Systems are becoming standard features on new vehicles and have been proven to reduce collisions.

We are also improving our roads. 30 years and more than 7.500 projects later, ICBC’s Road Improvement Program can claim a 24% reduction in serious injuries or fatalities an a 15% in claims costs where these changes were implemented.

Education and enforcement are still a part of Vision Zero but might be the more difficult of the necessary changes.

I can relate speed and attitude in one encounter with a travelling salesperson who told me that a traffic ticket was just the cost of doing business. If he had to drive at the speed limit he wouldn’t have time in his day to conduct that business. Clearly, the ticket that I was issuing to him at the time was no deterrent.

We seem to be reluctant to subjected to speed enforcement, whether it be automated or in person. Just look around you the next time you drive. How many of us follow the speed limits?

I’ve also wondered how difficult it would be to pass a current class 5 road test. The driver examiner I asked about it told me that few adult drivers would pass easily if they were called back for a re-examination.

He also suggested that the exam was the minimum standard and that a current driver should be expected to perform at a higher level of skill than someone who was obtaining their first full privileged license. After all, look at the practice and experience they should have gained over the years.

This does not speak highly for the skills of mature drivers and our government that does not test, promote or require improvement outside of our medical and enforcement systems.

For the most part, we are very fortunate to have the highways we do and the manner in which they are maintained. Perhaps we should be calling for a little more enforcement and education to produce a significant reduction in B.C.’s crash statistics.

DriveSmart BC – Shadow The Brake, They Might Not Stop

DriveSmart BC – Priority For Emergency Vehicles At Traffic Lights

DriveSmart BC – Making a Driving Complaint to Police

Be the first to comment on "DriveSmart BC – It’s the Highway’s Fault!"