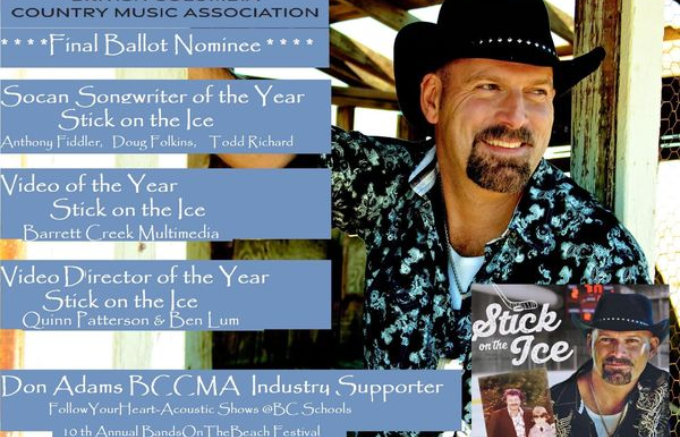 Vancouver – Harrison’s Todd Richard was up for four BCCMA awards including Top Video for “Stick on the Ice” but was shut out at the Sunday On Line Show. Abbotsford’s Cambree Lovesy was also denied. She was up for Rising Artist.

Entertainer of the Year The Washboard Union

Group Duo of the Year The Washboard Union

Video of the Year Take the Trailer – The Heels

Amplify BC To Give A Boost To BC Music Industry

Be the first to comment on "Richard, Lovesy Shut Out At BCCMA Awards"