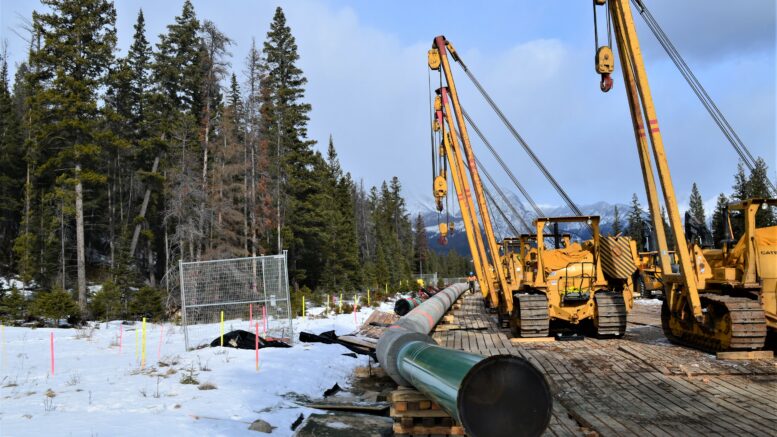 Fraser Valley/Calgary (Trans Mountain) – Trans Mountain has made significant progress on the Trans Mountain Expansion Project since construction began in late 2019. Construction is occurring simultaneously across most of the pipeline route, at terminals and at pump stations.

BC Interior and Coquihalla – Hope

Similar to the North Thompson, construction crews are taking necessary steps to continue working in winter weather conditions. In Kamloops, construction will continue through the winter, with work on the Thompson River HDD, Ord Road and in Kenna Cartwright Park. Clearing and grading work south of Kamloops, as well as logging work, will continue as late into the season as weather allows.

In the Coquihalla Summit area, clearing, grading and blasting will continue as long as weather conditions remain safe to do so. This region is the most technically challenging stretch of pipeline construction on the entire Expansion Project due to the high number of steep slopes. The same crew will then move down into the Hope-Popkum area and begin similar work there. The Ohamil Camp Community is also scheduled to be occupied this winter.

Winter conditions are less extreme in the Lower Mainland than in other regions along the line, however, it does mean a substantial increase in rainfall is expected at both terminals and along the pipeline route. We’ve prepared winterization plans to deal with the increased requirements related to erosion and sediment controls that come with heavier rainfall as well as plans if it snows.

Be the first to comment on "Trans Mountain Winter Construction for Coquihalla, Valley (VIDEO)"