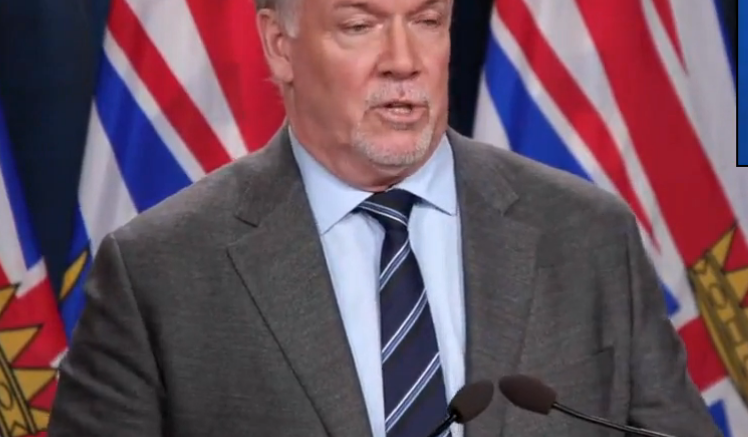 Victoria – Premier re-elect John Horgan at a Wednesday media conference, noted that the new Caucus will meet November 24 and the new cabinet will be sworn in and announced November 26.

The Throne Speech and a short session of Government will start December 7.

Horgan stressed that travel should remain “essential only” until November 27 at the earliest.

No word if new NDP MLA’s elect from the Fraser Valley will be given government portfolios.

No word on future government COVID grants similar to the $1000 handed out earlier this year. Horgan hedged his bets on that procedure. He hinted that is could be just before Christmas or just after the New Year.