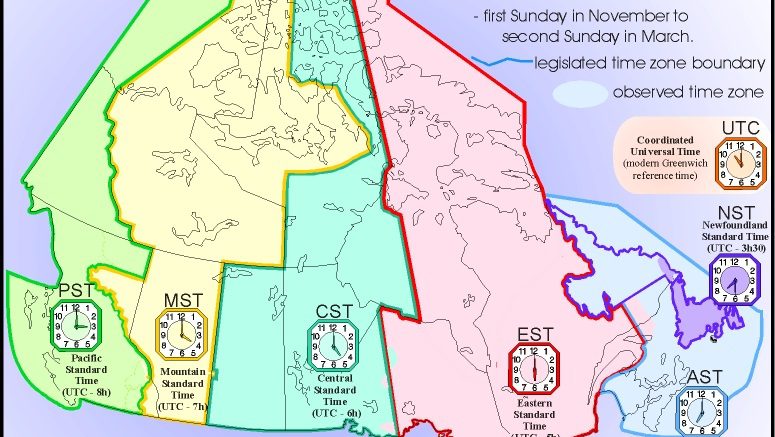 Here we go again. The Standard Time – time change and the call for the end of the resetting of the clocks.

The debate continues on whether or not BC should scrap the twice a year time change. Attorney General David Eby introduced legislation on October 31, 2019, to keep Daylight Saving Time all year round.

So what about the other West Coast states in the US? The original plan was to wait for realign with the rest of the West Coast of North America.

Premier re-elect John Horgan has suggested: “One more season of patience. If the (United States) does not get its act together, I would suggest this is the last season of falling back and springing forward.

The bottom line – reset the clocks tonight or first thing tomorrow. Check the smoke alarms. Reset the timer on the coffee maker. … and get ready for 4:20PM sunsets.

Time Change This Sunday – Fall Back To Standard Time