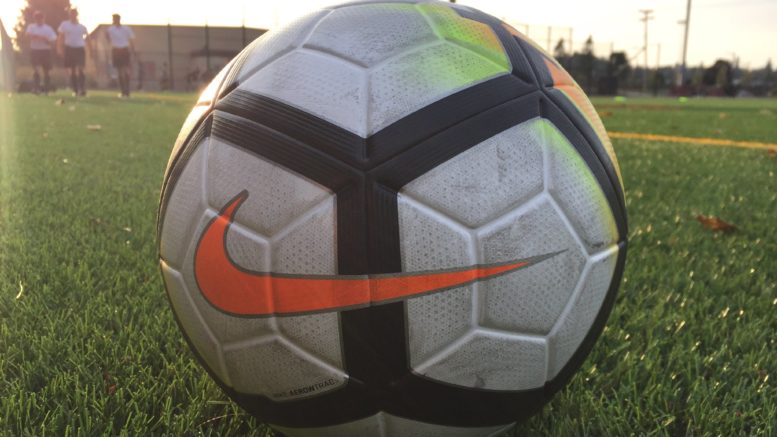 Without question, the 2020 season has not played out how the University of the Fraser Valley men’s soccer team would have envisioned.

In a COVID-free world, they would have kicked off the Canada West campaign on Aug. 28, taking on the UBC Thunderbirds on the road.

The pandemic, of course, waylaid those plans.

But if you’re looking for something to tuck into the lemons-into-lemonade file, Saturday evening’s game between the Cascades and Abbotsford United would fit the bill.

With the CW season cancelled, the Cascades (and local rival Trinity Western) have joined the Fraser Valley Soccer Premier League. The UFV side opened its schedule at its usual home pitch, MRC Sports Complex #4, against an Abby United squad loaded with Cascades alumni.

Looking across the pitch at the men in the blue kit was like a time-machine trip back to the days when the vast majority of the current Abby United squad wore the green of the Cascades. Among the UFV alumni on the field were the O’Neill brothers (Trevor and twins Colton and Connor), James Najman, Daniel Davidson, Brady Weir, Sahib Phagura, Atle Koellmel and Mason Thompson. Other ex-Cascades on the Abby United roster who didn’t play Saturday include the Bryne brothers (Koby, Kree and Tammer) and Ryan Liddiard.

Bragging rights, suffice it to say, were on the line, and when the rubber pellets had settled, the current Cascades had run away with a 5-1 victory over their predecessors.

Afterward, UFV head coach Tom Lowndes noted how special it was to reconnect with alumni in a uniquely competitive setting.

“It was huge to play against guys who have helped build the program and make it what it is,” he said.

“I think it definitely meant something to us. A little bit of bragging rights – it’s the battle of Abbotsford, as they say – and I definitely sensed that we wanted to win it.

“Physically tonight, we were up for the battle with them. They’re a few years older than us, and our young players didn’t get bullied. I thought it was a really good game and a really good test, and we stood up to the test, big-time.”

The Cascades, after some back-and-forth play in the early minutes, took control and rang up three first-half goals. Forward Taylor Richardson set the table for the ice-breaker – dashing into the box in pursuit of a through ball, he was hauled down, and Parman Minhas slotted home the ensuing penalty kick.

David Parfett came through with an outstanding strike to make it 2-0, unleashing a blast from 30 yards out on the left wing that found the top corner, far side.

Rookie Marley Edwards followed up with his first as a Cascade, firing a right-footed shot into the bottom corner to the left of the keeper.

Former Canada West all-star Colton O’Neill got Abby United on the board in the second half, nodding home a corner. But the Cascades answered shortly thereafter – Sahil Dhindsa whipped a ball in, and Richardson corralled it after a carom off a defender and booted it home from close range.

Edwards got his second of the night to round out the scoring, finishing off a feed from Richardson.

“It was just incredible to be out there with the boys and compete, first and foremost,” Cascades senior defender Ryan Donald said afterward. “And then to score some good goals and show some good signs off the bat is unreal. It’s been a long eight months without any games, so just being back on the field with some camaraderie, the morale is just that much higher.”

Donald noted it was a “mixed feeling” to face so many ex-teammates on the Abby United side.

“For sure, there were some messages being tossed back and forth before the game – not really smack-talk, but both teams were looking to compete and show well,” he said with a chuckle.

“Obviously you want to go out and compete, but secondly, you’re buddies with a lot of those guys. It’s one of those things where you’ve got to switch on and make sure you’re mentally prepared for the game. You have to take it as business, and I think we did that really well.”

On the Abby United side, Colton O’Neill said playing the Cascades brought up some nostalgic feelings.

“It’s definitely cool to play the current team,” he said. “There’s not too many guys left from when I played, but I do know some of the guys who play on our team after the UFV season ends. Having played for the school, we obviously want to get one over on them – or that’s what we were hoping for, but it didn’t go that way.

“They were good. They were fit, and I think that definitely helped them out today. They were all over us at the start – putting in tackles, pressing us, aggressive. That was definitely something we weren’t necessarily used to playing in our men’s league – just the amount of speed and fitness they had. I think that was a bit of a shock to us. They caught us early with a couple goals, and it was tough to recover from there.

“We play them again next week, so hopefully we’ll get them next time!”

Up next, the Cascades face Chilliwack FC on the road Tuesday.

“For us, the be-all and end-all of these games is not results,” Lowndes said. “But if we can play like we did tonight, the results take care of themselves. I thought we were electric tonight at times. A little bit fatigued a little bit at the end – we haven’t done a lot of whole-team training together outside our smaller pods. But outside of that, really happy.”