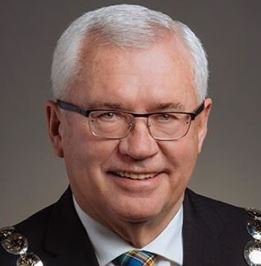 Abbotsford – The B.C. Urban Mayors’ Caucus once again called on all provincial parties on Thursday to commit the next government to allocating at least $1-billion annually from a share of B.C.’s economic growth directly to local governments so that they can build much-needed infrastructure projects required for 21st century cities.

As one of the fastest growing communities in Canada, Abbotsford will continue to require infrastructure support from senior levels of government in order to support community needs. Currently the City of Abbotsford has 5 major infrastructure projects totaling over $1.9 billion in infrastructure funding needs over the next 25 years.

Most municipal infrastructure funding is currently allocated on a grant basis where local governments apply for funding for priority projects.

Municipalities currently only receive eight cents of every tax dollar, yet are responsible for roughly 60 percent of the infrastructure in the Province.

“The way in which senior levels of government provide support for municipal infrastructure through grant programs is not a viable method of funding local governments. We need stable, predictable and sustainable funding each year so that we can directly invest in our communities’ infrastructure needs and address the provincial infrastructure deficit. Without this, municipalities are left playing the lottery on receiving grant funding to assist us in meeting community needs.

1)     Mental Health, Substance Use and Addictions

Korky Neufeld Looks For A Fourth Term With Abby School Board