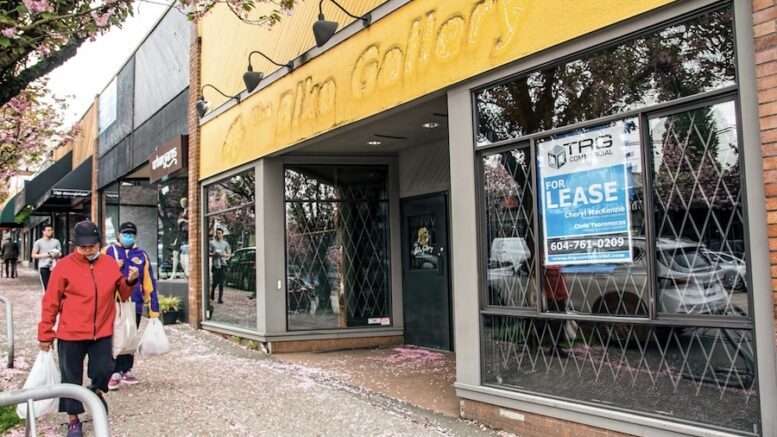 Many B.C. retailers forced to close during pandemic: Chung Chow

The money could start to flow right away, according to Premier John Horgan, who added that government ministers need not be involved in coordinating the spending because that work will be done by the civil service.

Among the big direct-spending priorities for the province is a $300-million recovery grant for small and medium-sized businesses that includes what the province describes as an “enhanced amount for tourism operators.”

A separate $50 million is being allocated to a new tourism taskforce charged with boosting an industry hit harder than most by travel restrictions.

That particular funding is expected to roll out this year and is part of $100 million being earmarked specifically for the tourism sector, with grants for local governments and tourism development initiatives also on the table.

The tourism industry had been seeking $680 million in support.

“We appreciate the funding announcement and assembly of the task force,” Science World CEO Tracy Redies told BIV after the province’s announcement.

“It’s much less than the tourism industry needs to recover, but it’s a start. Science World cannot wait much longer to receive government funding as the results of shutting down and low visitor attendance have already had serious, negative impacts on our organization,” Redies said.

Tourism Industry Association of British Columbia CEO Walt Judas sounded a stone of appreciation while being clear that more support is needed.

“It’s a very good start,” he said. “We appreciate that the province recognized the needs of the tourism and hospitality sector with specific measures to help address major challenges including liquidity. We are also counting on additional funding to help our industry as part of Budget 2021.”

However, Muriel Protzer, senior policy analyst for B.C. at the Canadian Federation of Independent Business (CFIB) said “CFIB is very concerned that these [spending announcements] will not likely have an immediate impact on the ground, and an immediate impact is really what we need right here.”

Business activity remains far below normal, she added in an email to Western Investor.

“Small businesses are in no position to create additional jobs or expand their operations. In summary, the Economic Recovery Plan falls short on the immediate needs of Main street today.”

Highlights of the Economic Recovery Plan include:

• A 15 per cent tax credit on new payroll for low to medium-income jobs;

• A 100 per cent property sales tax rebate on machinery and equipment for businesses expanding operations. The program runs until September 2021;

• A $30,000 small and medium-sized business recovery grant program. Eligible businesses must have 50 per cent revenue loss and can demonstrate a viable path forward;

• $100 million in funding to support the tourism industry .

“CFIB strongly encourages the BC government to rethink the design of its loan program. Expanding eligibility could help thousands of more businesses who desperately need help. Even as mandated business shut-downs are lifted, small business owners are struggling to pay off debts and piling bills,” Protzer said.

Be the first to comment on "BC Economic Recovery Plan Misses “Main Street Small Businesses”: CFIB"