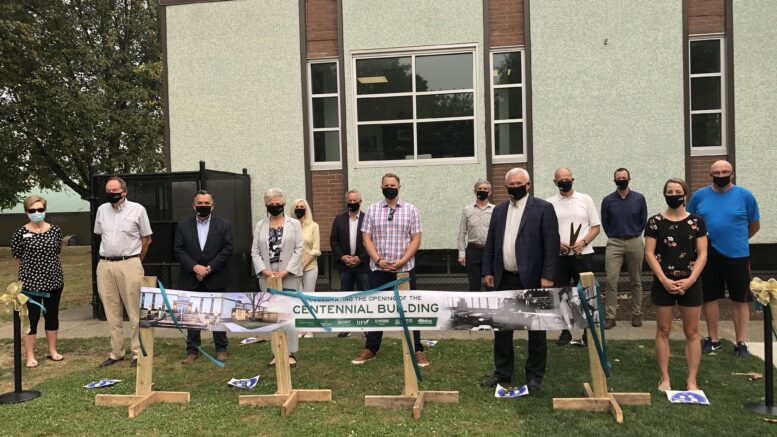 The announcement was made by Mayor Henry Braun on Monday.

The new Centennial Building will be a key community gathering space and innovation hub within the growing Historic Downtown Neighbourhood.  This project will allow for the further development of Abbotsford’s vibrant and diverse economy, now serving as the home to some of the dynamic organizations that are shaping the City’s future.

·        5500 square feet of space, including offices and retail space for a commercial kitchen

·        An exterior deck space overlooking the park with an accessibility ramp

o   Replacement of windows and doors.