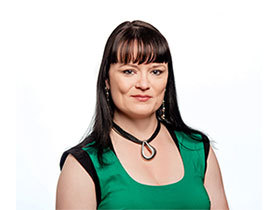 Vancouver (Kris Sims – Canadian Taxpayers Federation) – The mission of cities is creeping, the cost to taxpayers is skyrocketing and they need watchdogs to guard their wallets.

Most people want city halls to spend money wisely and to take care of three main needs: keeping the streets clean, repaired, and safe. That means garbage collection, pothole repair and policing. They want to stick to the basics. To do that, British Columbians need a team of watchdogs to keep wandering local governments in check.

The good news is we already have the framework.

B.C. has an office of the Auditor General for Local Government. Former premier Christy Clark’s government created it in 2013 and Premier John Horgan’s government plans to shutter it in the next few years partly because of some “hurt feelings” at the Union of British Columbia Municipalities.

Horgan shouldn’t let some bruised toes at the UBCM stand in the way of accountability.

The local government auditor general’s office is too small and it doesn’t have a strong enough mandate. It has just 11 people listed on staff and its role is to “help councils and boards do the best they can with the resources they have, delivering better services for their residents.”

That sounds small and fluffy. Like a Shih Tzu dog.

Taxpayers in B.C. need some Dobermans.

The provincial auditor general’s office, by comparison, has more than 100 employees who watch over the legislature in Victoria and crown corporations, not the accountability needs of cities.

With so much money flowing through cities, taxpayers need someone with real resources and a strong mandate like former federal auditor general Sheila Fraser, who shone the light on the sponsorship scandal.

Why? Because as we recover from the damage caused by the COVID-19 problem, taxpayers need to know local governments aren’t blowing money on things outside of their core mandates or overpaying politicians and staff.

Let’s examine three examples of expenses getting out of hand.

Last year, Victoria Mayor Lisa Helps flew more than 7,800 kilometres to New York City so she could watch Swedish teenager Greta Thunberg deliver a speech at the United Nations, even though the young activist was scheduled to visit Vancouver a few weeks later. According to documents obtained by the Canadian Taxpayers Federation, that one trip cost Victoria taxpayers more than $3,500, including $1,905 for the hotel and a $134 cab ride to the airport on the way back home to Canada.

Across the strait, politicians on the Metro Vancouver regional district board get paid $397 per meeting. If the meeting runs more than four hours, the per-meeting payment jumps to $794. That’s a big payment on top of the mayor and councillor salaries already being collected.

The Metro Vancouver board is the same gang of politicians that voted themselves a $15,000 retirement bonus in March 2018 for members who were not seeking re-election. They only backtracked when the media caught on.

Back on the Island, taxpayers in Nanaimo watched as first its chief financial officer and then city manager got into trouble for using taxpayer-funded credit cards for things such as personal vacations and cat veterinarian bills.

Beyond the waste of money, the main problem with these expenses is that taxpayers only found out about them when watchdogs such as the Canadian Taxpayers Federation and tenacious city hall reporters got chance tips from whistleblowers.

Just imagine the waste that isn’t being reported.

Now, more than ever, taxpayers need to keep track of every nickel of money being spent by politicians. The Horgan government shouldn’t wheel the scrawny municipal watchdogs to the blue room. It should feed them, make them stronger and set them loose at city halls.

Be the first to comment on "Op/Ed – B.C. Needs a City Watchdog – Canadian Taxpayers Federation"