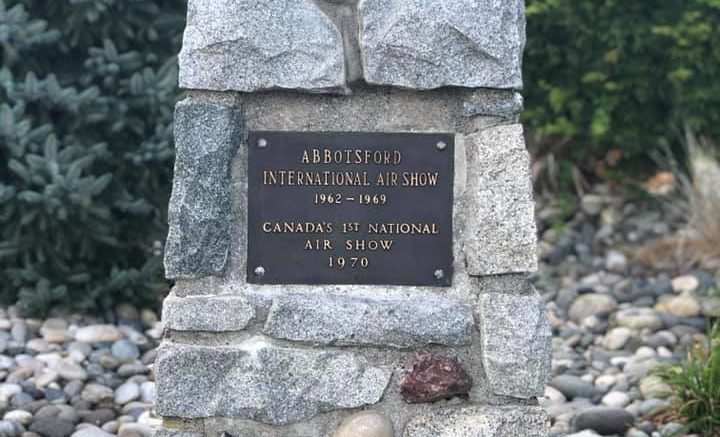 Abbotsford – A time capsule encased 50 years ago at the announcement of the Abbotsford #airshow as Canada’s national airshow was opened on Friday by the @AbbyAirshow Society president.

Alex Mitchell of Abbotsford Economic Development noted that ” we witnessed an exciting part of local history with the unveiling of the 50-year-old time capsule that was placed at Abbotsford International Airport when former Prime Minister Pierre Trudeau designated the Airshow as ‘Canada’s National Airshow’. Amazing to think about how much has changed – I can only imagine what the world will be like when the new time capsule is opened in 2070!”

The cairn is constructed of rocks that originated from all 10 provinces and 27 different countries, including the USSR and London Bridge.

Soar To Abbotsford Airshow With BC Transit’s Special Shuttle

Abbotsford Aerospace Expo – Before The Airshow