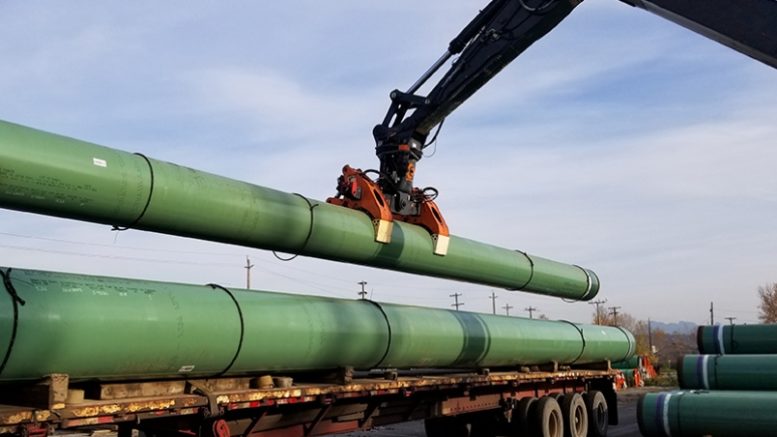 Calgary (CNW) – Zurich Insurance Groups’ surrender to Stand.earth and Zurich’s resulting refusal to do business with the Trans Mountain pipeline expansion project is counter-productive, ill-conceived, and will have a negative effect on the environment and climate, Canada Action said this week.

The pipeline expansion and twinning will go through the Fraser Valley. The concern is that the twinning will cross Eco-sensitive areas including school yards and aquifer.

“If insurers truly care about the global environment — including the global climate, then they’d want Canada to be an energy supplier of choice,” explained Canada Action founder and spokesperson Cody Battershill.

“Instead, insurance companies are penalizing heavily-regulated Canadian pipeline performers, while insurers paint themselves green at the expense of Canada’s world-leading energy sector. History will judge these actions poorly, in my estimation,” Battershill said.

Zurich’s ill-conceived capitulation comes nearly a year after a widely publicized activist petition and media campaign targeted more than two dozen other insurers for the project and urged them to drop Trans Mountain.

But Battershill explained the Insurance Companies surrender could raise the cost of doing business in Canada disproportionately to other countries.

“That could be another factor when a company decides whether or not to invest in Canada and create good, well-paying Canadian resource sector jobs, as well as all the economic spinoffs those jobs create,” Battershill said.

“Our energy sector is doing everything right. And if these counter-productive activist campaigns succeed in preventing Canada from supplying energy products to countries wanting to do business with us, then those countries will be forced to buy from our competitors.

“So, while Canadians make tremendous headway in reducing GHG emissions per barrel and as Trans Mountain moves forward on this pipeline expansion project that has had a record level of regulatory review and an incredible amount of major Indigenous support, Zurich’s pull-out won’t keep a single barrel of oil in the ground,” Battershill said.

“This is not about choosing wind or solar, or oil or gas – technologies where Canadians lead in terms of environmental performance. But the fact is we’ll need all of these technologies in order to meet growing long-term energy demand.

“What’s required is a balanced conversation where we’re working together to find solutions. And this decision is woefully inadequate in terms of that much-needed balance.”

Canada Action is a volunteer-initiated organization that supports Canadian energy development and the environmental, social and economic benefits that come with it.