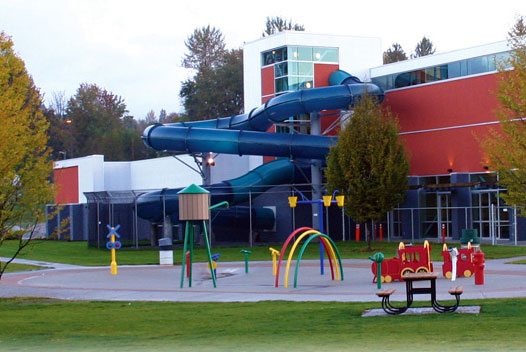 Mission – On Tuesday, the District of Mission closed the spray park located at the Mission Leisure Centre following an incident that required emergency care for children and staff.

“Everyone at the District of Mission is shocked that a terrible incident involving children could happen at our spray park,” said Mayor Pam Alexis. “Our thoughts are with the children and families impacted.”

Once notified the Parks, Recreation & Culture staff responded immediately and administered first aid, called EMS and have since cleaned the equipment, pressure washed and irrigated the area. Mission Fire Rescue Service attended the scene with paramedics.

Our Public Works crews were also on site to test the water source and confirmed it was safe. Incident reports have been completed at the Leisure Centre.

An investigation is currently underway involving WorkSafeBC and Mission RCMP. The Mission RCMP are requesting if anyone has information related to this case to contact the Mission RCMP at 604-826-7161 or Crimestoppers at 1-800-222-8477 (TIPS).

On July 14th, 2020 at around noon,  the Mission RCMP were called to the Mission Leisure Centre located at 7650 Grand Street for a report of an issue at the spray park.  Several children and parents were having a reaction, including but not limited to burning and redness of the skin, to an unknown substance on or around the spray park equipment.  The spray park was shut down immediately. Mission Fire Rescue and BC Ambulance Service attended and treated those affected by the substance. One individual attended the hospital but was released shortly after.

“At this point, we can’t confirm what the substance is.  We are currently looking at all avenues including engaging our Integrated Forensic Identification Services to identify the substance and it’s origin,” says Corporal Nathan Berze of the Mission RCMP.

The Mission RCMP are requesting that if anyone has any information about this incident, to contact the Mission RCMP Detachment at 604-826-7161 or report anonymously through Crimestoppers at 1-800-222-8477 (TIPS) or online at SOLVECRIME.CA.