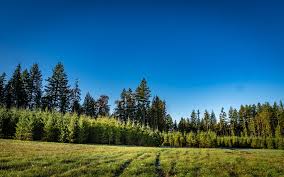 The licence, held by the Corporation of the District of Mission, is located north of the community of Mission.

The new cut level set by the chief forester is 33% higher than the previous level of 45,000 cubic metres that was set in 2010. The increase reflects updated data, which indicate tree stands have higher volumes and are growing faster than previously estimated.

There are 6,563 hectares available for timber harvesting in TFL 26, which is 10,935 hectares in size. The major tree species is western hemlock, followed by Douglas fir.

The licence area was awarded to the District of Mission in July 1958 and is recognized as the first community-managed forestry operation in B.C.

The chief forester’s allowable annual cut determination is an independent, professional judgment, based on information ranging from technical forestry reports, First Nations and public input to the government’s social and economic goals.

Under the Forest Act, the chief forester must determine the allowable annual cut in each of the province’s 37 timber supply areas and 34 tree farm licences at least once every 10 years.