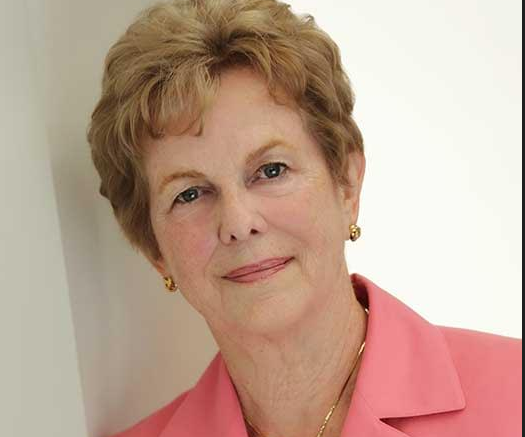 Abbotsford – The recipient of the 2020 Order of Abbotsford is Gerda Fandrich for her deep commitment to public service, passion for education and fostering the next generation, as announced by Mayor Henry Braun.

Gerda lived in Poland and East and West Germany where she spent six months in a refugee camp. With her family, Gerda moved to Vancouver in 1953 and graduated from the University of British Columbia with a Bachelor of Education in 1966.  After relocating to Abbotsford in 1979, Gerda began her public service to the community in 1985 as a Trustee on the Board of Education. She served for a total of 23 years on the Board, having been re-elected 8 times. Her contribution to local education saw her take on the role of Vice-Chair a total of six times, and ultimately rising to become Chairperson of the Board. During this time, she worked consistently to raise student achievement in academic, vocational/technical training, the arts, and citizenship. Gerda believes passionately in ensuring that the next generation is imbued with hope, character, education, and moral foundation to enable them to face the challenges of the future.

Further examples of Gerda’s community contribution can be seen through her work on the Abbotsford Community Foundation as the longest serving board member. Here, she administered and awarded public and private school scholarships to students pursuing post-secondary education.  She also served on the board of the Fraser Valley Regional Library, and the UCFV (now known as University of the Fraser Valley), Community Council, and was also elected to the Clearbrook Waterworks District as one of five board members. She was the first woman to ever hold that position and oversaw the organization receive global recognition as the ‘best water in the world’ over six times.

Gerda’s legacy can also be seen through her contribution to local music. She was part of a small group that founded the Bakerview Music Academy in 2013 to provide free music lessons to children from challenging socioeconomic backgrounds. Up to 90 students per year have benefitted from this program, taught by professional teachers and volunteers. Bakerview Music Academy is recognized for promoting social change through the power of music with the view that music is something for everyone – not just a select few.

Gerda was also a founding partner of her family business, Fandrich Cone Harvesters Inc. which she started alongside her husband Helmut in 1981. Their company has been responsible for reforesting vast areas of North America.  In this role, Gerda was responsible for developing the Fandrich Cone Harvesters Scholarship, which has provided educational funding for students interested in pursuing engineering for the last 22 years.

The late Mayor of Abbotsford, George Ferguson, spoke highly of Gerda remarking on her being steadfast in her beliefs while also remaining open to the view of others.  She was seen as a hardworking and fair negotiator, with a “personal integrity beyond reproach”, and was an ambassador for Abbotsford in fostering a ‘Sister-City’ relationship with the city of Fukagawa in Japan. She has traveled to a total of 105 countries, bringing back intercultural learnings from each place to help enrich her own community.

She has been recognized as a Lifetime Honourary Member of the BC School Trustees Association, was named one of Abbotsford’s most influential people in 2009, and was Woman of the Year in 2008 with the Business and Professional Women’s Club.

In recognition of her leadership, extensive volunteer service and dedication to the community, Gerda Fandrich is receiving the 2020 Order of Abbotsford.

The Order of Abbotsford is bestowed to an individual who has demonstrated a particularly high level of contribution or length of service to Abbotsford and its residents, and who has brought distinction to themselves and the community through outstanding achievements in a variety of areas, including but not limited to: culture, public or community service, the environment, business, heritage conservation, and sports.

Nominations For 2020 Order Of Abbotsford – For Service To The City