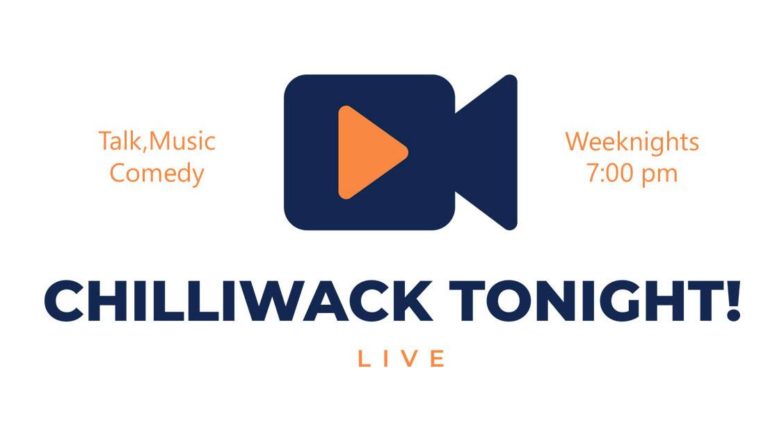 Negotiations with the former Co-Host of Chilliwack Tonight! hit the skids as the new Co-Host trainee arrives, leaving Berris pandiculating wildly in a state of complete bumfuzzlement.

SPECIAL MUSICAL GUEST Kellen Saip is interviewed before the WORLD PREMIERE of his new single and video, “Bear Bones”, which is officially released this Saturday, June 20! Catch it here first, it is FANTASTIC!

Join Nancy Guitar, Rachel Caroline Plaza (with a very special, passionate COVIDeo Corner) and introducing Doug Wickers to Episode 12 of the BIGGEST LATE NIGHT TALK SHOW IN THE WORLD (that is produced in Chilliwack).

Special thanks to Scott Aeschlimann who reached out to us and wanted to volunteer his services at chillTV, and came by for a visit this week.

chillTV: Your TV, Your Way!™

Chilliwack Tonight! Episode 14, “Nancy with the Laughing Face!”…looking like an earless bunny … (VIDEO)