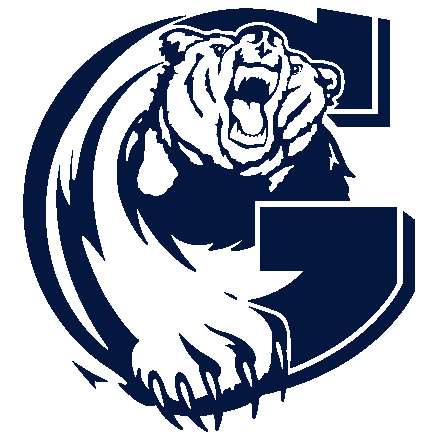 Fraser Valley – Joe Enevoldson has launched his first recruiting class as head coach of the University of the Fraser Valley men’s basketball program by doubling up on size and athleticism, signing twin brothers Matthias and Zach Klim out of Chilliwack’s G.W. Graham Secondary.

The Klims are an imposing pair, each standing 6’10”, and they’re coming off a memorable senior season which saw them help the G.W. Graham Grizzlies win the first B.C. 3A provincial championship in school history.

“It’s the most natural of fits,” enthused Enevoldson, noting that he and T.J. Klim – Matthias and Zach’s dad – went to high school together at Vernon’s Clarence Fulton Secondary.

“Any time you have an opportunity to add players who are 6’10” and who are winners, you have to take the opportunity to do that. It’s a solid fit across the board. Obviously with losing Matt Cooley (Cascades graduating centre), you want to build with some size, and what better way to do that than to bring in two 6’10” guys as your first recruits?”

Until recently, the Klim twins were more focused on baseball than basketball as their post-secondary sport of choice – both are standout pitchers. But a magical high school hoops campaign steered them toward the hardwood long-term.

At the provincial 3A championship, the No. 3-seeded Grizzlies ran the table, highlighted by a thrilling 50-49 semifinal win over the Vernon Panthers which saw Matthias hit the game-winning jumper in the final minute, and capped by a 79-67 win over the Duchess Park Condors in the final.

Zach was a first team all-star at provincials after averaging 12.5 points, 14.5 rebounds and 1.8 blocks over G.W. Graham’s four games, and Matthias was named the tournament’s top defensive player, posting 10.0 points, 8.0 rebounds and 4.5 blocks per game.

“The whole provincial run was incredible,” Matthias said. “It set in my mind how much I love the sport of basketball.”

The Klims’ academic paths will diverge at UFV – Zach plans to follow in father T.J.’s footsteps and pursue an education degree, while Matthias will enroll in kinesiology – but they always considered themselves a package deal when it came to recruiting.

“I don’t think going somewhere different was ever an option for us,” Matthias said. “It’s that twin thing. I’ve never been apart from Zach for more than a week. Being together is big for us, and we play really well together on the floor. We push each other to be our best.

“UFV’s academics are amazing . . . and on the basketball side they’re always competitors in Canada West, and I’ve only heard good things about the athletic department.”

“It’s just a great program all around,” Zach echoed. “What really solidified it for me was, when I was on the phone with Joe, he talked about creating a culture of family. That’s what we had at G.W. Graham, and I think having that at UFV will make it an easy transition.”