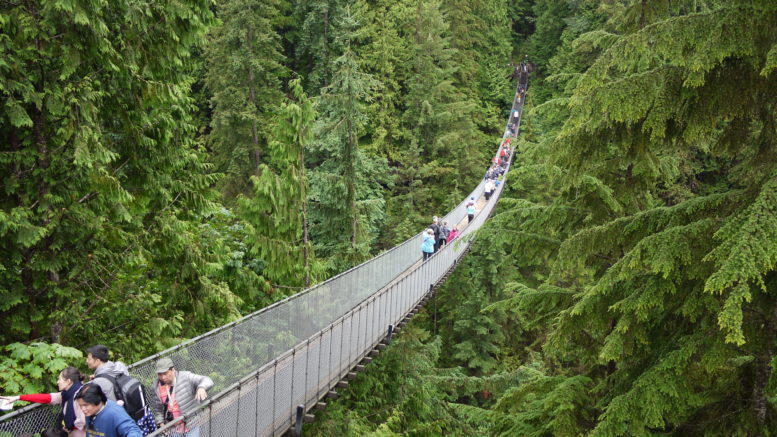 Abbotsford/West Vancouver/Surrey – What started as a routine traffic stop on Highway 1 near Bradner Road in Abbotsford has ended in West Vancouver on the Capilano River Bridge with a wanted man in custody.

Just after 1PM Wednesday afternoon, an officer from the Fraser Valley Traffic Services conducted a traffic stop with vehicle bearing Ontario licence plates, for not having insurance, on Highway 1, near Bradner Road in Abbotsford. Identification checks on the driver determined he was wanted on 6 warrants from another province.

When the officer attempted to take the man into a custody, the driver allegedly assaulted the officer and an altercation ensued, resulting in the driver taking the officer’s police vehicle keys and fleeing the scene in a small black car.

During that arrest the male was injured as a result of receiving a police dog bite that required surgery to repair.

The IIO was notified and have commenced an investigation to determining what role, if any, the officers’ actions may have played into the serious harm of the male.

Virtual Kidnap/Extortion Incidents On The Rise

School Zones Kick Back In Tuesday

Be the first to comment on "UPDATE – IIO Called In As Man Arrested After Abby Traffic Stop, Punches Officer and Heads For Capilano River Bridge – Suspect Bitten By Police Dog"