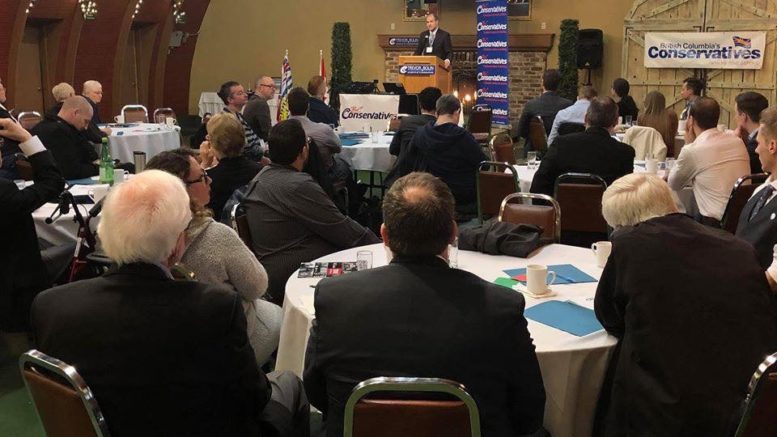 Names of the nominees for a potential snap election will be announced soon.

From BC Conservative Leader Trevor Bolin to FVN in an email:

The day started off 9 am, we elected our new executive, had and amazing welcome from Councillor Les Barkman, a powerful message from MP Kerry-Lyn Findlay wrapped up our lunch keynote with Kris Sims from the Canadian Tax Payers Federation.
Our members voted unanimously to go back to our roots and officially change our name to The Conservative Party of British Columbia.  This has certainly been extremely well received on our Facebook page as well.
We adopted some very important and timely new policies to ensure we set B.C. up for success, not only after the next election, but for generations to follow.
I announced our new candidate packages and website being launched next week.  We have spent the last 9 months since i was sworn in as leader building our policies and platforms based on the needs of British Columbians.  Now after hearing what people of BC expect from the provinces only Conservative Party, we will find like minded conservatives from every riding in BC to represent their communities and people that make them what they are.