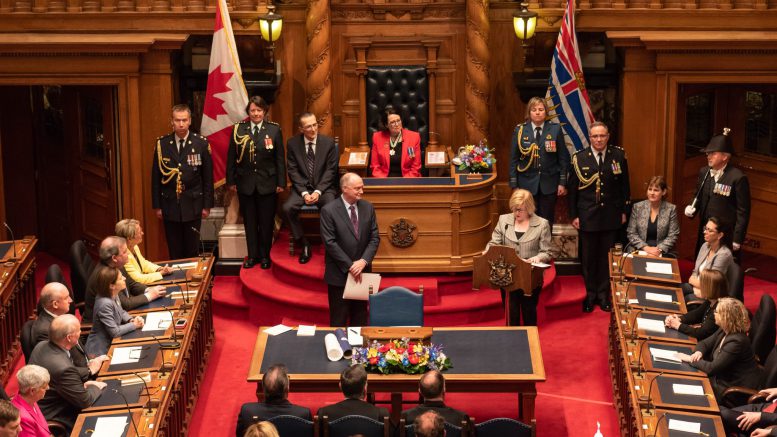 As you can appreciate, there are many ways to interpret the numbers.

The lack of movement of the proposed $10 dollar a day child care, was instantly attacked by the Liberal Opposition.

The ICBC “dumpster fire” actually made some money.

The 2020 Budget won’t have a lot of new spending for Transit, which had Fraser Valley political pundits scratching their chins after last weekend’s hint in the Throne Speech.

That was for some form of rapid transit into the Valley, perhaps to YXX (Abbotford Airport). That is not happening.

For our urban centres, parents taking their kids to soccer practice will be able to hop on the Broadway Subway. Or, an electrician travelling from her home in Surrey to a job in New West will get where she needs to go because of the new Pattullo Bridge.

Metro Vancouver is already home to one of the top transit systems in the world. Our government is committed to building on the momentum, creating transit-oriented housing, good jobs and a path towards a cleaner future.

Looking to our rural communities, Highway 1 upgrades between Kamloops and Alberta will improve travel for locals, visitors and commercial drivers. And east of Golden, we are on the final phase of the Kicking Horse Canyon Project.

Investments in BC Transit are shortening daily commutes for people, while the BC North Bus connects our northern residents to jobs and services, along with family and friends.

After years of cuts to ferry service, our government is prioritizing coastal communities. Sailings have been added, fares have been frozen on major routes, and the seniors discount is back in effect.

PST will be charged on soft drinks:

As part of Budget 2020, B.C. will begin charging PST on sweetened carbonated drinks to help address the health and economic costs of these beverages.

Research shows that teens between the ages of 14 and 18 are the top consumers of pop. This is a step that health professionals and an all-party committee have long supported.

Because this is about keeping young people healthy while taking in a bit of revenue to continue to pay for enhanced health care services for everyone.

BC Conservatives Reaching Out To Disheartened Liberals – Join Us

Be the first to comment on "BC Provincial Budget – No Transit Goodies For The Fraser Valley, PST On Soft Drinks"