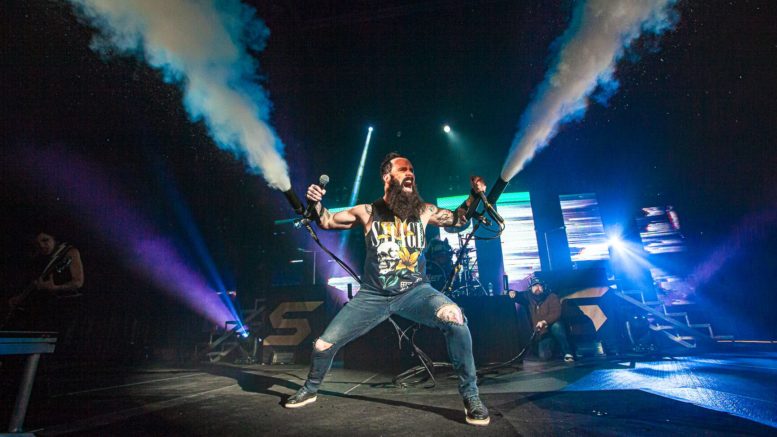 Abbotsford – The 2020 Skillet Victorious tour kicked off at the beginning of February in Wichita, Kan. with a stop at the Abbotsford Centre on Saturday, February 15 and will conclude mid-March in Norfolk, Va, with From Ashes to New and Ledger as support.

Thanks to Tom Paille for the photos:

“There’s something about going out on tour, connecting with fans, and having enough time to play everyone’s favorite song — whether it’s from the new album or hits from the Collide or Awake days,” frontman John Cooper enthused. “We wanted this tour to be very fan-focused so we went to our fans to build out the set list and added two VIP experiences, a Q&A, and a M&G, so there’s something for everyone.”

The tour is a unique experience for drummer Jen Ledger, who will be opening the shows with her solo material.

“The support on this tour is unreal,” Cooper continued. “We reconnected with From Ashes to New at a festival this summer and I knew we had to have them out on the road. I’m also stoked to have Ledger back out and to introduce the band to Skillet fans who haven’t seen her rock live yet. This tour is going to be insane and we’re ready for it.”

Be the first to comment on "SKILLET at Abbotsford Centre, February 15 (Photo Review)(VIDEO)"