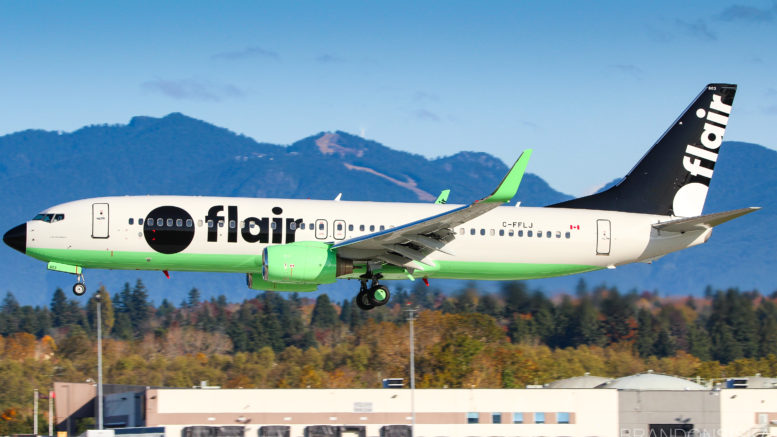 Edmonton/Abbotsford (With files from CP)- Flair Airlines Ltd. is pulling out of the airport in Abbotsford (YXX) due to a lack of passengers and intense competition from rival budget carrier Swoop.

Flair says no passengers will face cancellations as a result of the Abbotsford pullout, which will also end flights between the Lower Mainland city and Kelowna, Calgary, Winnipeg and Toronto.

Swoop unveiled a so-called loonie sale earlier this month, offering up to 100,000 seats for a base fare of $1 before taxes and fees. The sale disproportionately targets Edmonton-to-Abbotsford, which Swoop points out is its highest-frequency route.

Abbotsford Airport General Manager Parm Sidhu told FVN that they received word of the Flair pullout on Tuesday along with ‘everyone else”. Sidhu understands that hard business decisions must be made. He doesn’t feel that a growing airport like YXX will be seriously affected. “one million passengers last year and still growing, so our future is stable and secure.”