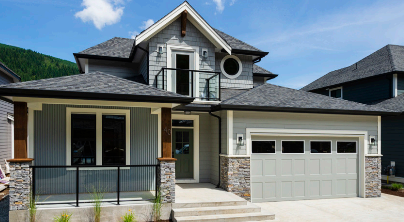 Chilliwack (CADREB) – A growing community, a stable provincial economy and a solid local housing market combines for “an exciting time for the real estate industry and for Chilliwack”, according to the Chilliwack and District Real Estate Board’s (CADREB) newly elected President.

“I am super excited to represent CADREB as President for 2020,” said Kim Parley, who will be officially installed at the Board’s AGM later this month. Replacing outgoing President Kyle Nason who oversaw a year of housing sale growth in Chilliwack and area, Mr. Parley is a long-time resident of various places in the Fraser Valley.

“The natural beauty of this area never ceases to amaze me,” said the new President, who in addition to being a REALTOR® also has a background in construction, accounting, sales and marketing. “I’m proud to be working for such a great Board, in a profession that cares so much for its communities”.

While housing sales in Chilliwack and area dipped a bit in January from the month before, the 166 sales far outpaced the 98 sales in January of 2019. Year over year, the sales numbers did a large recovery from the previous year.

While other areas of BC are experiencing drops in pricing, not so in Chilliwack and area, particularly in single family housing.

Be the first to comment on "New CADREB Boss Likes January Chilliwack Real Estate Numbers .. and beyond"